Altered States is our fourth programming stream to be announced for VIFF 2017! This programming stream is groundbreaking and genre-bending, showcasing cinema that often defies traditional classification. From sinister cults, weird science, kickass feminists, stylistic bombast and surrealism of every distorted stripe, their trailers are bound to be interesting and lucky for you we’ve gathered them all and parked them right here…

After running headlong into a sheep in the Swiss Alps, a feuding couple are thrust into a cracked-mirror reality stocked with doppelgängers, temporal loops and other surreal phenomena. Seemingly born under the total eclipse of a Lynch-Hitchcock Venn diagram, this mind-bender from Kieslowski protégé Greg Zglinski will leave viewers warily eyeing both their better halves and their own reflections. “Edgy marital drama, inky black comedy and blood-freezing horror combine to intoxicating effect…”—Variety

Bad Day for the Cut

When his elderly mother is inexplicably murdered by organized criminals, Donal (Nigel O’Neill), an unassuming farmer, ensures that the assailants reap what they’ve sown. But just as his quarry foolishly underestimates this shotgun-wielding hayseed, our unkempt, sad-eyed anti-hero is wholly unprepared for the revelations his rampage will unearth. A fatalistic revenge thriller in the bloody vein of Blue Ruin, Chris Baugh’s debut is “an unusually soulful genre outing… resolutely unconventional.”—Screen 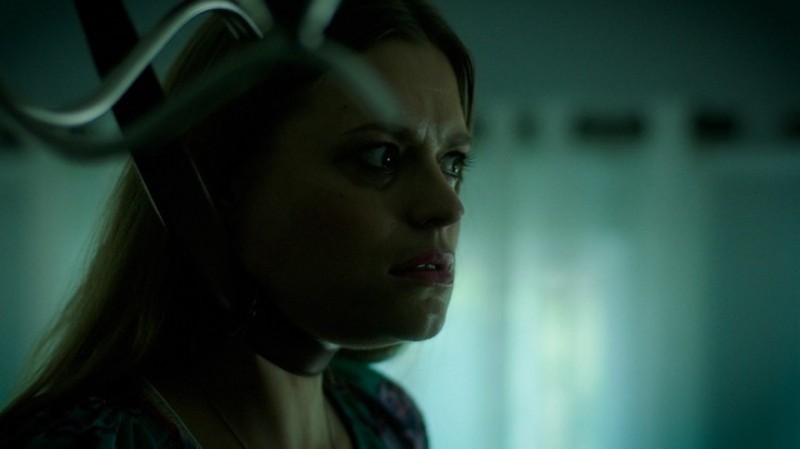 With her psyche ripped to shreds by her unfaithful spouse and unruly brood, Jill’s (Marianna Palka) repressed fury is unleashed in primal fashion, leaving her conducting herself like a junkyard dog hopped up on amphetamines. As she claims the basement as her territory, her husband (a wonderfully hapless Jason Ritter) is forced to step up and clumsily embrace domestic responsibilities. Boldly written and directed by Palka, this feral satire is “a hilarious and vicious bite at the patriarchy.”—Screen Anarchy

Retreating to a remote beach house, a mother (Danika Vandersteen) and her two-year-old son (Woodrow Graves, giving a toddler performance for the ages) are bedeviled by both the personal torment that drove them to this desolate outpost and the otherworldly figures lurking outside. Inventively employing an arsenal of practical effects to conjure psychedelia and shifting realities, Seth Smith’s astonishingly ambitious Maritime Gothic is the trippiest Canadian genre film this side of Beyond the Black Rainbow.

Continuing their rewrite of the genre rulebook, the endlessly resourceful directors Justin Benson and Aaron Moorhead (the Linklater-meets-Lovecraft Spring) also play brothers who ill-advisedly return to the compound of the “UFO death cult” they escaped years earlier. That’s but the beginning of the enthralling illogic that fuels this descent into an uncanny realm, one in which menace manifests itself in many haunting forms. “The kind of fantastical horror that creeps under your skin…”—Screen Anarchy 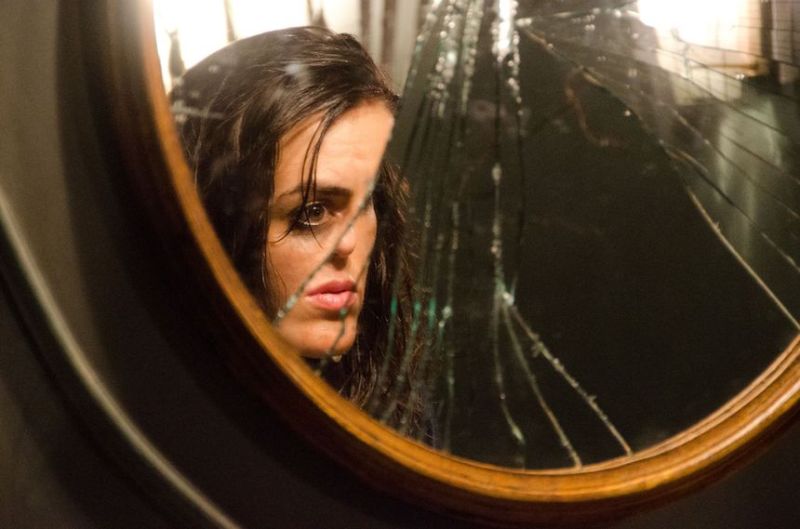 When two thieves botch a holdup of his eatery, a harried restaurateur (Murilo Benício) abandons the forced congeniality instilled by the service industry in favour of unhinged ferocity as he takes the perpetrators, as well as his patrons and staff, hostage. Hints of Dog Day Afternoon and The Exterminating Angel are to be savored in Gabriela Amaral Almeida’s carnal, grisly Grand Guignol confection. “Weird and uncomfortable and strangely alluring… It’s fascinating to watch it all unfold.”—Bloody Disgusting

Saddled with a self-involved husband and the psychological baggage of her childhood trauma, Holly (Clémentine Poidatz) is shaken from her complacency when she attends a motivational seminar by an infamous “dream surfer” (David Sakurai) whose beliefs make Scientology seem sensible. As she’s set adrift in a swirling, Argento-indebted phantasmagoria and a band of cultists close in, Can Evrenol (Baskin) ramps up the delirium and Housewife escalates to an utterly deranged climax that’s one for the end times.

Cranking the volume and amping the carnage, Ryan Prows’ crime drama hits like an adrenaline shot to the heart, reminding us just how exhilarating rampant badassery can be when conducted with a ringleader’s flair. Ex-cons, luchadores and other reprobates are part of thug life’s rich pageant in the alternately darkly comic and unrelentingly tense vignettes that depict an illicit world of organ harvesting, human trafficking and, as one might expect, vengeance. “A seriously nasty treat…”—Hollywood Reporter

Condemned to playing rent-a-cop after flunking police academy, meek Maggie (Maria Dragus) finds a brash mentor in Tiger (Ella Rumpf), who helps her channel her inner “Vanilla the Killer.” As this rampaging pair turns Berlin into their playground and men into their chew toys, Jakob Lass employs kinetic camerawork and swaggering improvisation to heighten his film’s anarchic appeal. “An anthem to the marginalized youth of Europe… and women who need to kick ass if they are going to survive.”—Screen Anarchy

Like many teens, Sadie (Brianna Hildebrand) and McKayla (Alexandra Shipp) just want to be “liked.” Granted, their sociopathic bid for social media immortality hinges on boosting their online followers by reporting on a killing spree that they’re also perpetrating. Deftly balancing comedy and commentary, Tyler MacIntyre’s film recalls Heathers while crafting a blood-soaked snapshot of our selfie-involved times. “One of the freshest, funniest horror-comedies to emerge in Scream’s long wake.”—Variety