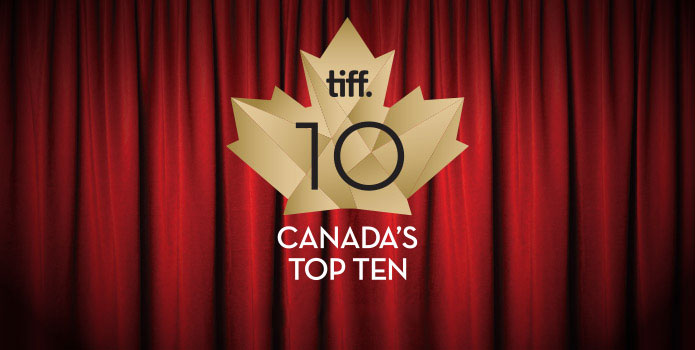 The Toronto International Film Festival (TIFF) organization has tipped its hat to 10 films it has selected as Canada’s best of 2014. 7 of films screened at VIFF 2014, including 2 festival favourites which are returning to Vancity Theatre later this month.

A feisty, widowed single mother finds herself burdened with the full-time custody of her explosive, ADHD-afflicted 15-year-old son. As they struggle to make ends meet, a peculiar new girl from across the street benevolently offers her help. Together, they find a new sense of balance and a chance to regain hope. Starring Anne Dorval, Suzanne Clément, and Antoine-Olivier Pilon. TICKETS

Félix is an eccentric and penniless French Canadian whose wealthy father is dying. Meira is a married Hasidic woman with a family, searching for something new. They were not meant to meet, let alone fall in love. Felix & Meira tells the miraculous love story between two strangers from two distinct communities, who attempt to love each other despite what separates them. Starring Hadas Yaron and Martin Dubreuil.

In Her Place, Albert Shin

A mysterious woman from a big city arrives at a rural farm in South Korea, where she’s taken in by an old woman and her odd teenage daughter. The three women remain in isolation and, as they begin to fall into a new rhythm of life together, work to fill a void within their lives. But soon enough, their arrangement becomes more than what they bargained for. Starring Yoon Da-kyung, Ahn Ji- hye and Kil Hae-yeon.

Maps to the Stars, David Cronenberg
(Screened at VIFF 2014)

​With this tale of a secret-filled Hollywood family on the verge of implosion, director David Cronenberg forges both a wicked social satire and a very human ghost story from today’s celebrity-obsessed culture. Maps to the Stars tours the seductive allure and the tender, darkly comic underbelly of contemporary success. Starring Julianne Moore, Mia Wasikowska, Olivia Williams, Sarah Gadon, John Cusack and Robert Pattinson.

Part road movie, part spectacle, part drama, Monsoon is Sturla Gunnarsson’s meditation on chaos, creation and faith, set in the land of believers. The subject is the monsoon, the incomparably vast weather system that permeates and unifies the varied culture of India, shaping the conditions of existence for its billion inhabitants.

Director Harold Crooks (Surviving Progress) blows the lid off the dirty world of corporate malfeasance with this incendiary documentary about the dark history and dire present-day reality of big-business tax avoidance, which has seen multinationals depriving governments of trillions of dollars in tax revenues by harbouring profits in offshore havens.

When Solomon Uyarasuk, a young Inuk man filled with talent and promise, is found dead while in RCMP custody, the police claim suicide but the community suspects murder. Sol is a riveting and emotional documentary that explores the underlying issues of youth suicide in Canada’s North while investigating the truth behind Solomon’s tragic death.

Twenty-two-year-old Nicole is adrift after college graduation, working a dead-end job, making the most of the family home while her parents are away, enjoying peaceful evenings with her best friend, Véronique. When Nicole’s older brother shows up with his band to record an album, their summer takes an unexpected turn and the girls’ friendship is put to the test. Amidst a rising heat wave, Nicole’s insomnia — and romantic misadventures — mount each day. Tu dors Nicole takes a humorous look at the beginning of adulthood and all its possibilities. Starring Julianne Côté, Juliette Gosselin, and Marc-André Grondin.

A catastrophic event sparks a young Norwegian woman’s memories of the five people who loved her most, in the visually stunning feature debut of west coast musician and filmmaker Andrew Huculiak. Starring Dagny Backer Johnsen.