Now in its second year, the Vancouver Italian Film Festival invites you to luxuriate in the glories of Italian Cinema, past and present. Presented in association with the Italian Cultural Centre, the Italian Consulate, Instituto Italiano di Cultura Toronto and VIFF Vancity Theatre, we’re pleased to present a feast of comedy, drama, documentary and art film classics along with a special photo exhibition devoted to the legendary Sophia Loren.

Not sure which films to see?
Here are 5 gems screening at the Vancouver Italian Film Festival 2015 to help get you started.

Baron Ferdinando Cefalù (Marcello Mastroianni) longs to marry his nubile young cousin Angela (Stefania Sandrelli), but one obstacle stands in his way: his fatuous and fawning wife, Rosalia (Daniela Rocca). His solution? Since divorce is illegal, he hatches a plan to lure his spouse into the arms of another and then murder her in a justifiable effort to save his honor. Pietro Germi’s hilarious and cutting satire of Sicilian male-chauvinist culture won the 1962 Academy Award for Best Original Screenplay. TICKETS

The concluding chapter of Michelangelo Antonioni’s informal trilogy on contemporary malaise (following L’avventura andLa notte), L’eclisse tells the story of a young woman (Monica Vitti) who leaves one lover (Francisco Rabal) and drifts into a relationship with another (Alain Delon). Using the architecture of Rome as a backdrop for the doomed affair, Antonioni achieves the apotheosis of his style in this return to the theme that preoccupied him the most: the difficulty of connection in an alienating modern world. TICKETS

“A delicate, nuanced film that is unexpectedly moving in its portrait of a young Italian family living through the turbulent, freedom-loving ’70s, Those Happy Years uses ironic distance to talk about very intimate things… It captures the excruciating honesty and soul-searching of the years of feminism and self-liberation, a time that now seems far, far away… Italian stars Kim Rossi Stuart and Micaela Ramazzotti [are] both at the top of their game here.” – Deborah Young, Variety. TICKETS

“Today a woman can still feel incomplete if she has no children, but there is a large part of the population, 17 percent, who are women, single and happy. Perfection doesn’t exist, there are no better lives than others, but there are roads marked by who we are.” — Maria Sole Tognazzi (director). TICKETS

Men of the Cloth

“A captivating tale of an art in both remission and resurgence, Men of the Cloth is a journey across the globe unifying craftsmanship and style… Dynamic, emotional, and inspiring, it was truly an experience.” — A & H Magazine. TICKETS
Ciao! 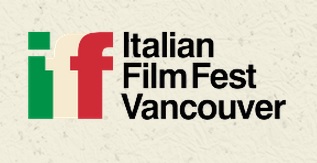