The Vancouver Sun chatted with Carter via phone about his forthcoming VIFF Industry appearance, the return of The X-Files to B.C., and how truly Canadian the hit sci-fi series really is.

Q: When was the last time you were in Vancouver?
A: Just a couple weeks ago. I came up for a memorial — someone who I had worked with for almost 20 years passed away. It was the man who was the first assistant director on the Millennium pilot (another Vancouver-shot TV show Carter helmed featuring actor Lance Henriksen) in, I believe, 1996. Then he was the first assistant director when I directed the second X-Files movie in Vancouver.

Q: As you know, you were a pioneer in making the Canadian film and TV scene explode — especially in British Columbia — thanks to The X-Files shooting here for so many years. Do you ever get criticized for taking your work away from Los Angeles?
A: I don’t get criticized. I’ve actually contributed to a lot of work in L.A., certainly with the last four years of The X-Files. Everybody has their sensitivities. For me, Vancouver has always been the perfect place to do The X-Files. It doubles as almost anywhere you want in America, which is where the FBI pursues its cases. It also gives you great atmosphere through much of the shooting season: You get long dark nights, you get often times a moodiness of light — even in the daytime — that gives the show its signature look.

Q: Was that part of the decision to shoot here? What was that process like back in the ’90s when The X-Files were being conceived?
A: I’ve actually been coming to Vancouver since 1986. My wife, who also was in the entertainment business, was making a Disney Sunday movie. It was a one-hour movie for ABC. I came up with her and I saw this place I’d never visited. And here is this place that is so beautiful and it’s got these amazing, beautiful forests that she was shooting in. When I wrote The X-Files pilot and it came time to produce it, we were looking around L.A. — the pilot has an important forest in it — and we couldn’t find a good forest. So it was a no-brainer to go to Vancouver. As David Duchovny says, “It was two weeks that turned into five years.” We realized it was the perfect place to do the show.

Q: Was the decision to come back here for the reboot an easy one to make?
A: For me, it was an easy one to make. I think for the actors, they have family and obligations — it’s shooting abroad, really — so I think everyone is torn. Although I have to say and I know this to be true: everyone loves shooting in Vancouver. It’s just that everyone has got other obligations.

Q: How would you rate the quality of the crews we have in Vancouver and B.C.?
A: It’s one of the reasons I come back to Vancouver. I know that there are great crews. I’ve benefited from that when I first came to Vancouver in 1993. I had people who would give you their all. Their commitment was complete. That’s one of the reasons this show was a hit: you had people who had a tremendous work ethic. That’s still the case. Their level of technical expertise is unsurpassed.

Q: Maybe you can tell me about some locations you’re considering to set the scenes of the next six episodes of The X-Files? Will we see the Ovaltine Cafe again, for example? Or Pacific Spirit Park?
A: (Chuckles.) Every story dictates where you shoot. Would we choose a place we’ve been before? Not necessarily. You often go back to a location for certain practical benefits, but you also want to keep it fresh. If you’ve got a hardcore viewer and the viewer says, “I’ve seen that location before,” you snap the person out of the story. So you have to make sure you’re always giving your audience something new.

Q: Let’s talk about the six new episodes. There’s a lot of chatter online, rumours, things that are being confirmed on Twitter. The rumour mill is much different than in the late ’90s when people had to go on message boards and connect online with loud, noisy modems. We’re all connected at lightning speed. But to confirm things that are really happening: Mitch Pileggi who plays Walter Skinner confirmed on Twitter he’s returning. The Cigarette Smoking Man is saying he might be there, he might not be there. What can you confirm?
A: I’ll confirm they’re both coming back. I won’t say how they’re coming back. As people who know the show know, the Cigarette Smoking Man was incinerated in the series finale (two-parter The Truth, in 2002), so how he comes back is going to be handled — I’ll call it — “in a particular X-Files way.”

Q: Why the decision to make it six episodes? As a storyteller, is six episodes better than 24 or 25 to tell a certain story arc?
A: For me, it’s a dream come true. Television has changed. You see cable shows that are now eight and 13 episodes. That’s what I would call a very “human” approach to a business that can just overtax crews, writers, producers and directors by trying to do 22-25 episodes a year. When we were trying to do 22-25 episodes a year, I worked 11 and a half months a year intensively. And those two weeks off, if you weren’t thinking about what you were gonna do in the next 11 and a half months, you were already behind. It could not be a more intense and difficult workload.

Q: I watched the pilot for The After (Carter’s post-apocalyptic 2013-14 project for Amazon’s streaming TV service). I was disappointed it didn’t go any further. But you had 99 episodes planned for The After (based on the 99 cantos of Dante’s Divine Comedy), as opposed to the six episodes of The X-Files. Why?
A: It might have taken us 11 years to make 99 episodes, in my mind. But I wanted to do The Inferno or, as I should say, all of Dante. That was my approach: to try to mimic the 99 cantos. It was a tough sell. It was eight characters in hell, basically. I think that’s the reason we parted ways. That said, that wouldn’t have taken the 22-25 episodes approach. It would have taken the shorter approach.

Q: Why show The X-Files the old fashioned way via a TV network as opposed to going the streaming way like other reboots (Arrested Development, the forthcoming Full House reboot)?
A: It was a network show to begin with. The network is capitalizing on its own previous success. I don’t think you need to re-conceive this. Amazon is doing the same thing. You wouldn’t have gotten (The After) in one big bite à la House Of Cards. Amazon was going to do The After week after week. Amazon is in the business of selling things to people, so if they get you to come back to the site eight times rather than once, they’d be much more successful. Same thing with Fox: they want to make you wait. And I actually think that’s the best way to tell the X-Files stories anyway.

Q: Will the new X-Files episodes be one hour long, or are you considering making longer episodes?
A: They’ll be one hour in that they’ll be on one hour of Fox television. The running time is roughly 43 minutes.

Q: How far into the writing process are you at this point?

A: The writers have all met. We’ve all pitched our stories. We’ve all agreed on our stories. I’ve completed a first draft of the first episode which I’m working on now with my wife.

Q: The year 2012 as the end, the alien invasion, the romantic relationship between Mulder and Scully — will we revisit them or will this be a new beginning?
A: We will revisit everything that’s important to what’s come before. The show will be honest to itself and its storylines, its characters, its relationships, and its situations.

Q: Which other writers do you have involved? Is Frank (Spotnitz, who worked on eight of nine X-Files seasons, directing two episodes and co-writing more than 40) involved?
A: Frank is actually doing his own project for Amazon, so he’s busy. But I got some of the original writers from the show: Glen Morgan and James Wong, who did some of the best X-Files episodes ever, and Darin Morgan, who’s done four of the most beloved X-Files ever.

Q: Have you surfed in B.C.? (Carter wrote for Surfing Magazine for 13 years before starting his TV and film career.)
A: (Laughs.) I haven’t surfed in B.C. but there’s really good surf in B.C. It’s funny. I’m a skier too but when I was up working on The X-Files and also Millenium and Harsh Realm and (X-Files spinoff) The Lone Gunmen, I skied exactly once in the course of about 10 years. You’re just so busy. It takes time to get your gear together, put it in the car and go spend a day. I took my days off to fall back and regroup.

Q: In a way, to bring it back to Wednesday’s event, would you consider The X-Files to be somewhat Canadian in its identity?
A: Could you say it has a Canadian identity? Without a doubt. Canada put its stamp on The X-Files in no uncertain terms. I think it’s a misconception that people think, “Oh, he’s coming up there because of the exchange rate.” I fight hard for the budgets I get, and if I can stretch the dollar, it’s that much more I can put on screen — not for savings, but because I get to make a project as good as it possibly can be. More on the screen is what it’s all about. 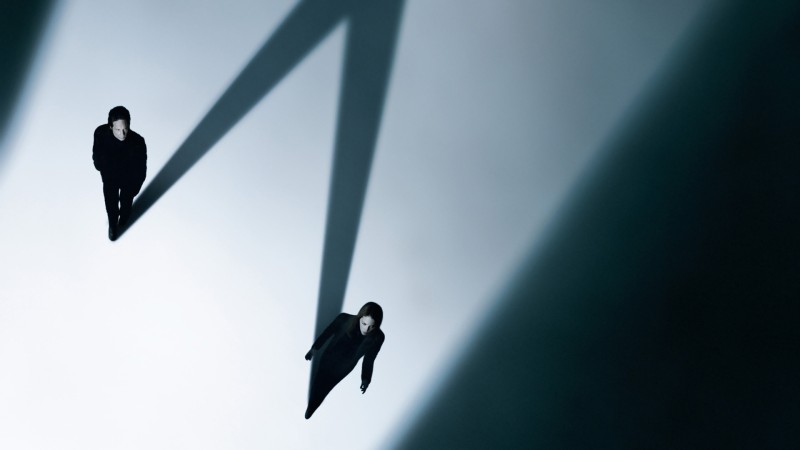