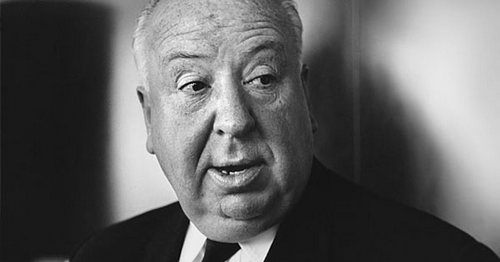 After the release of Family Plot, Alfred Hitchcock wrote François Truffaut a letter.

“Now, as you realize, you are a free person to make whatever you want,” Hitch told the French filmmaker and critic. “I, on the other hand, can only make what is expected of me; that is, a thriller or a suspense story, and that I find hard to do.”

The letter from October of 1976 reveals a frustrated filmmaker without a clue as to where to turn next. He would luckily recover his sense of direction by the time Truffaut visited him in December of 1976, excitedly informing his friend of plans for his next motion picture: The Short Night.

Hitchcock was basing his picture on the novel of the same name by Robert Kirkbride and a non-fiction piece entitled The Springing of George Blake by Sean Bourke. He acquired the rights to both works and, after tossing the idea of adapting Elmore Leonard’s Unknown Man: No. 89, moved on putting together The Short Night.

Screenwriter Ernest Lehman wrote several drafts, but none of them pleased Hitchcock. By this point, it was clear that Hitchcock wasn’t going to make another film. He closed his offices, dismissed his staff, called it a day. He was knighted by the Queen of England and died on April 29, 1980.

It’s not surprising that Hitchcock died not long after he was unable to make movies. He lived to construct pictures. He lived to manipulate and torture audiences. But he also lived in fear, which made him into one hell of an artist. After all, what good is art without burdens to shake off?

In one of the most compelling passages of writing from Truffaut’s essential interview with Hitch, the French filmmaker offers his own form of tribute and perhaps sums up the director better than anyone: