As a Sundance first-timer accustomed to the Pacific Northwest’s moderate climate, and as a stubborn penny-pincher unwilling to shell out dough for a proper winter coat or snow boots for a single business trip, I was more than a little unprepared for Park City’s slippery sidewalks and nippy atmosphere. I’ve made due with a makeshift outfit that includes doubling up on sweaters and a trusty North Face shell. Equally, I had to adapt to the festival’s frustrating logistics and geography, which presented a considerable challenge even to a festival vet such as myself. Beware future Sundance-goers of the distance between the Park City and Salt Lake City venues! Oh, and make sure to pack your own food. You’re not going to want to depend on the offerings on site (there is one restaurant Vancouverites in particular may stare at disapprovingly called “Park City Chinese & Thai” that perfects neither cuisine).

After a day or two of finding my bearings, I finally started to see some movies that made the cross-country journey worth it (fellow critic and certifiable mensch Joshua Cabrita drove us all the way from Vancouver. I don’t have a license but made up for it with witty banter, controversial movie opinions, and a 12-hour playlist in which I tried my best to keep the Taylor Swift to a minimum in consideration of my travel companion’s contrastive tastes). In fact, as I write this, still with 48 hours to go, I’ve seen as many great films as one can hope to at most any festival, and I’m excited to tell you about them.

The two highlights were no surprise—rather, they were the reason I made the trip in the first place. Kelly Reichardt, the 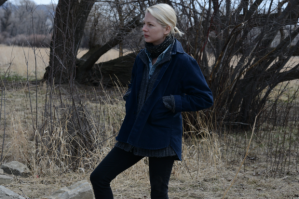 great writer-director responsible for some of the best American films of the last decade (Old Joy, Wendy & Lucy, Meek’s Cutoff) has made what may be her most beautiful work of art yet. Certain Women, adapted from three short stories by Montana author Maile Meloy, is a film so quiet and understated, that the emotional wallop it packs may seem unlikely at first glance. With an incredible cast that features Laura Dern, Michelle Williams, and Kirsten Stewart, it’s hardly the film you’d expect would attract Hollywood talent of that pedigree. But they’re in it for Reichardt’s vision, and what a delicate and poetic vision it is, of the everyday lives of normal women navigating the everyday. Master cinematographer Christopher Blauvelt creates some of the most memorable and painterly images you’re likely to see in a film this year.

The other major work here is Manchester By the Sea, a devastating portrait of a man struggling with trauma, grief, and responsibility after the death of his brother leaves his nephew in his custody. Casey Affleck plays Lee Chandler in what may be my favourite performance of the past five years. His emotions rarely boil to the surface, instead using subtle gestures, mannerisms, and in particular his uneasy gaze, to point to the turmoil in his soul. The film also features Michelle Willams, Kyle Chandler, and the rising talent Lucas Hedges. Writer-director Kenneth Lonergan, also a playwright, has only made three films (You Can Count on Me, Margaret) in his sixteen years as a director, but each is made with an unusual level of richness and an acute understanding of human behavior and psychology.

We can take some national pride in Matt Johnson’s astounding Operation Avalanche, a found-footage mockumentary about two unlikely NASA employees faking the moon landing in 1967. A super 8mm / 16mm pastiche of conspiracy theory movies and Woody Allen’s Zelig, the film is a supremely entertaining ride through the main characters’ attempts to film the fakery after finding out that the Americans wont be able to make the desired lunar contact in time to beat the Russians. They even borrow some tips from the set of Stanley Kubrick’s 2001 in one remarkable sequence where they visit the legendary film’s set. Johnson and his cast and crew actually infiltrated NASA to shoot part of the film under the pretense that they were making a documentary about the moon landing. Unbelievably, Johnson takes footage from inside NASA (including the famous control room) and weaves it into this piece of fiction, convincingly set in 1967. Things take a darker turn in the late-going, and this otherwise hilarious movie makes some disconcerting implications.

You may recall the films of Whit Stillman: Metropolitan, The Last Days of Disco, Damsels in Distress. Here at Sundance he has taken sly wit and his knack for writing clueless navel-gazing characters, and transferred it to the world of Jane Austen with Love & Friendship, based on her short epistolary novel, Lady Susan. The film is a farcical skewering of the shamelessly selfish Lady Susan Vernon, an opportunistic widow who manipulates those around her for personal gain. Kate Beckinsale, in her finest turn, plays the part with dubious delight. The rest of the cast is top notch and Stillman keeps the film moving at a breakneck pace that will find you exhausted from laughter.

Fans of Werner Herzog should keep their eyes out for his latest documentary, Lo and Behold: Reveries of the Connected World, a sobering philosophical exploration of the internet’s effects on our lives over the past few decades, and what may lie ahead, both good and bad. Narrated by the Bavarian’s famous voice, and divided into chapters that adventurously range broadly across the subject matter, it’s an important reminder of the need to consciously reflect on our changing world before it slips away from us.

An absolute can-not-miss film is Little Men, a tender drama that takes a measured and human look at gentrification in Brooklyn via the story of two 13-year old boys who become best friends when Jacob’s family takes over his recently deceased grandfather’s apartment and adjoining clothing store, run by Tony’s mother. A conflict arises over a new lease. Jacob’s family (white, it needs to be said) wants to triple the rent to support themselves, which Tony’s mom simply cannot afford it. Ira Sachs (VIFF-goers may be familiar with some of his past films such as Forty Shades of Blue, Keep the Lights On, and Love is Strange) has crafted a moving and intelligent piece that recalls the work of Yasujiro Ozu and Francois Truffaut.

One fascinating coincidental occurrence here at Sundance is the presence of two wildly different films on the very same subject, that of the haunting true story of newscaster Christine Chubbuck who killed herself on a live broadcast in 1974. One of these two films, simply entitled Christine, is a conventional narrative starring Rebecca Hall as the titular protagonist. Director Antonio Campos follows her in the weeks leading up to her suicide, focusing dramatically on her unusual and depressive behavior as well as her struggles in the workplace and her romantic life. The other film, Kate Plays Christine, is a hybrid docu-fiction piece that follows as actress Kate Lyn Sheil prepares to play Chubbuck in a film (one that actually doesn’t exist, it’s an invention by filmmaker Robert Greene), and travels to Sarasota, Florida to try and learn as much as she can about who Christine was, and what drove her to such an extreme and desperate act in such a public way. Blending documentary and fiction, director Greene raises difficult questions regarding truth, tragedy, representation, and the inability to know a person’s inner world. Both films have been well received here, but the latter of the two complicates our understanding of the issues at hand, and unintentionally (Greene was not aware of Campos’ film when he conceived the project) offers a critique of the former. The juxtaposition of these disparate approaches to cinema is a testament to the value of the film festival as a setting for discourse, and has served as one of many conversation starters here in snow-draped Park City, Utah, a place where conversations are best held indoors, where my soaked socks and shoes can dry out a little before I make my way to the next venue. 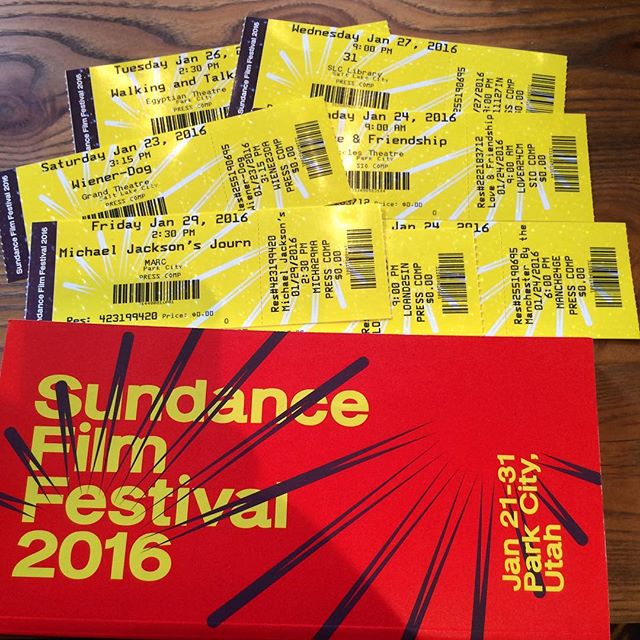