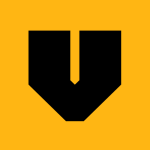 You may have noticed some changes at VIFF lately… a new logo, program structure, website. But while things look different, VIFF remains the same organization that audiences have come to know and love.

At its core, the Vancouver International Film Festival (VIFF) is a celebration of the craft and creativity of filmmaking.

What this means is that VIFF shines a spotlight on not only the films themselves, but the entire culture of filmmaking and filmgoing. VIFF recognizes the creators – established and emerging – the industry, the technology and the audience.

In order to ensure the true scope of the festival is made clear, VIFF launched the FILM+ (“film plus”) model in August, which organizes the festival into eight program streams. Each stream combines film screenings with related talks and events.

“The different streams give every aspect of the festival a designated place in the program,” says Curtis Woloschuk, Program Logistic Coordinator and Canadian Images Shorts Programmer.

These multi-experiential program streams are unlike anything offered at any other Canadian film festival and will enable audiences to more easily navigate all that is on offer at VIFF this year and every year to follow.

Audience favourites such as the Dragon and Tigers, Style in Film and Canadian Images film series are still available. They are simply housed within new streams – Gateway, M/A/D and True North respectively – along with the events, awards and talks related to that program theme.

The new program model also makes it easier for audiences to discover what’s new. One such aspect is VIFF HUB: the transformed Vancouver International Film Centre.

From September 30 until October 8, VIFF HUB at the Vancouver International Film Centre will be the central location for all experiences beyond film. This includes interactive virtual-reality experiences, talks, sessions and events with industry leaders, as well as late nights at HUB that feature live music.

“HUB gives people a place to come together, to share what they’ve experienced and talk about what they’re excited for,” says Woloschuk.

Once the festival concludes on October 14, the Vancouver International Film Centre will return to its year-round programming. However, the Film+ philosophy will remain and VIFF will continue to offer films and events within the eight program streams.

The new reimagined VIFF is all about embracing the old and showcasing the new. It’s about expanding the frame to engage the audience with the films they love plus much more.

For program announcements and to keep up with what’s happening at VIFF year-round, sign up for our e-newsletter.