Whether you’re an independent content creator or a producer distributing their first feature, Totally Indie Day, presented by TELUS STORYHIVE, is the day for you. These dynamic sessions give real-world insights and hands-on advice from top-tier industry pros and rising new talent.

Hear from the best emerging film directors of 2016, hit web series creators, top distributors looking for the next great indie and the best of Hollywood about their successes, setbacks, what they’re looking for and what you need to do to rise to the top.

Need the inside scoop on how to distribute your short or feature? Our first session of the day, Get Picked Up: Meet the Distribution Players, will talk you through how distributors choose independent films and how to get yours chosen. Learn what the top executives for narrative and documentary features in the US and Canada are looking for, now and on the horizon, and learn their strategies for finding and expanding the audience for your independent films.

We all know moving from filmmaking as a passion to the creation of a sustainable career as an independent filmmaker is hard. Let award-winning filmmaker, screenwriter & Seattleite Brad Wilke guide you through how film marketing, audience engagement and personal branding can help indie filmmakers bridge what he’s coined as “  The Indie Gap.”

For the filmmakers, p

roducers and DOPs out there, legendary Canadian and BC documentary filmmaker Nettie Wild and the team behind KONELINE: Our Land Beautiful share their approach – and cinematic technologies – used to create a film unlike any she has ever made or audiences have ever seen before. Bring your filmmaking team along & get inspired!

After lunch, we’ll kick things off again with millennial creators Amanda Joy and Samantha Wan, whose web series Sudden Master led them to writing and starring in the Canadian original series Second Jen, premiering this fall on City. Whether you are a writer or creator, this session will let you discover how to leverage the success of your content to create new opportunities, push yourself creatively and reach bigger audiences. 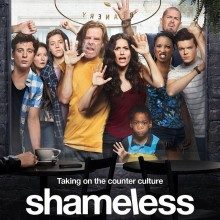 For all the indie film directors out there, The Top New Film Directors of 2016 are here to share their knowledge and inspiration on how to succeed in the indie film world. Learn from the challenges they faced, how they set their films apart, how they succeeded and where they’re pushing next.

Last, but certainly not least, Executive Producer and Writer Krista Vernoff presents a master class on what it takes to succeed at the highest level of scripted series in Hollywood today. Currently, the executive producer of the award-winning hit Showtime series Shameless, with Emmy nominations and Golden Globe wins as head writer and executive producer to boot, Krista is also a Writers Guild of America Award winner, playwright and filmmaker. If you’re working in the writer’s room or producing a show, this is a must see!