All This Panic is a beautifully sympathetic documentary about the fragile transition into adulthood for seven young girls in Brooklyn.

Having lived through an adolescence that more closely resembles Larry Clark’s Kids (1995) it is heartwarming to see a film like All This Panic. In this short tender documentary, director Jenny Gage and her partner, cinematographer Tom Betterton, follow a group of seven young girls in Brooklyn over a three-year period as they struggle with the complexities of growing up. With surprising candour and maturity, these girls share with us their hopes, their dreams and their doubts, as they feel the pressure to have it all figured out. They can’t wait to grow up, but it’s all this panic as they navigate the pressures of high school, relationships, tough family issues, first forays into sex and love, and sexual identity.

At the film’s core is the tempestuous relationship of two sixteen-year-old best friends, Lena and Ginger. Lena easily carries centre stage as the sweet and awkward girl with braces and short hair, exuding a surprising degree of self-confidence and effortless style, with dreams of going to college and becoming a philosophy professor, juxtaposed with Ginger’s classic beauty and dreams of being an actress. For Ginger, growing up and aging is the “scariest thing in the entire world,” but Lena is desperate to move on, to move past her deeply troubled home life—divorced parents, a suicidal father suffering from serious mental illness and a mother no longer able to financially care for her—issues that threaten to hold her back, yet she faces them with enduring bravery. Full of youthful enthusiasm and hope: “I think it’ll work out. It has to work out.”

We follow Lena as she goes off to college, her hair now long and dyed teal green, leaving Ginger behind. Ginger, having decided not to go to college but to wander and waver for a while, seems incapable or unwilling to do anything to further her dream of becoming an actress. Instead, she falls in with girls she used to know, like free-spirited Ivy, and they party and go out like nothing ever needs to change. Younger sister Dusty and best friend Delia watch helplessly, feeling sorry for Ginger’s state of self-imposed purgatory.

Sage, meanwhile, is the only child of a single mother having lost her father, and one of a few black students attending a private school. She’s outspoken and intelligent and craves true diversity. Olivia is beginning to question her sexuality but she doesn’t think it particularly important, except as something she’ll have to deal with for the rest of her life.

All This Panic is a small movie with a lot of heart. A wonderful reminder that while growing up may be confusing, weird and scary, it’s also exciting, because really, anything is possible. For Lena it “feels like the end of the story” but it’s obvious as we see her at the end of the film about to embark on a solo journey of her own making that it is just the beginning. 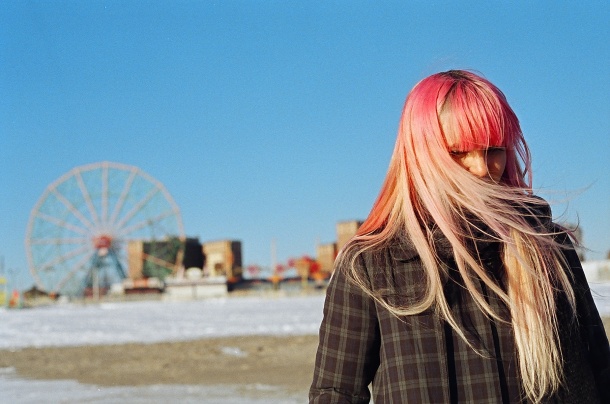 See All This Panic as part of our Youth/High School Outreach program.

All This Panic on Saturday, October 8 at 6:30pm at SFU Goldcorps.