Nettie Wild and KONELĪNE: our land beautiful at Vancity Theatre 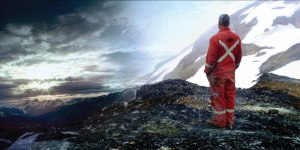 Over the past thirty years, Nettie Wild has established herself as one of the strongest voices in Canadian documentary. Films such as Blockade (1993), about a very tense standoff over the claiming of unceded Aboriginal territory in Northern BC, and A Place Called Chiapas (1998), an invaluable first-hand account of the Zapatistas led by revolutionary Subcomandante Marcos in Mexico, have demonstrated her fearlessness in throwing herself into critical situations. At times, her documentary methods have been controversial, as the presence of her crew and camera certainly have an impact on what they are trying to capture—but some scholars of documentary argue that transparency over the intervention of filmmaking is a more ethical approach than the strategic covering up and narrativizing that dominates most docs today.

Wild’s latest is a triumph, perhaps the towering achievement of her decorated career that has already brought her accolades from around the world. KONELĪNE: our land beautiful has the urgency of her strongest work, and a poetic beauty that puts it on a whole new level. Guided by a master storyteller, the film follows the Tahltan First Nation in Northwestern BC whose habitat and relationship with nature is threatened by mining companies whose presence is growing more and more imposing and destructive. Wild places the emphasis here on the beauty of the land and its inhabitants. We meet an incredible cast of characters through a humanistic lens. The stunning surroundings are gloriously captured in CinemaScope, articulating the epic beauty of the Great North.

KONELĪNE represents a new approach for Wild. First and foremost this is a big screen love poem, a film driven by warmth and empathy. The criticisms are implicit, the high stakes inherent, and what stands out here is the resilience of a culture and the synonymy of their strength and beauty with the wilderness they call home.

The recipient of the Best Feature Documentary Award at Hot Docs (North America’s largest doc fest, FYI) earlier this year, KONELĪNE: our land beautiful stands as one of the best documentaries and films of the year. From the Hot Docs Jury Statement for the film:

“KONELĪNE: our land beautiful is a visually arresting tone poem of a film. The jury was impressed with the way it balanced political fair mindedness with a clear sense of the importance of the social issue at stake. Every member of the jury noted technical mastery in elements such as sound design, cinematography and editing. KONELĪNE was paced with maturity and sophistication and demonstrated substantial faith in and respect for its audience.”

Don’t miss it during the rest of its run at Vancity Theatre, where the filmmaker will be present for a Q&A at the November 5th 6:30pm screening.