Last year we launched the inaugural Future//Present programme, a series of films within our True North stream that highlighted the best emerging Canadian independent filmmakers. Composed of eight films from across the country, the eclectic lineup featured works that operated in unconventional modes unhindered by their minimal resources. With precise vision and unique perspectives, these films announce not just a new generation of Canadian filmmakers but also a new approach to filmmaking itself. One of VIFF 2016’s greatest success stories, Toronto-based filmmaker Sofia Bohdanowicz won the Emerging Canadian Director award for her debut feature Never Eat Alone, which had its world premiere in Vancouver.

This year Future//Present is back with another eight films, among them Bohdanowicz’s second film, Maison du bonheur, a beautiful documentary shot on 16mm about a charming elderly astrologer in Paris.

Black Cop is a bold work of satire from Cory Bowles (best known for his work on Trailer Park Boys in front of and behind the camera) about a police officer tired of choosing between his allegiance for the badge and for his people and picks a side in a rather radical way.

Fail to Appear is a world premiere from Antoine Bourges who previously directed a trilogy of short form works about Vancouver’s Downtown Eastside (which included the mid-length East Hastings Pharmacy- in my opinion one of the greatest Canadian films of all time). Set in Toronto, it follows a caseworker (played by perennial indie scene actor Deragh Campbell) trying to help and connect with a man facing charges of theft.

Shot in Vancouver’s Spirit Regional Park, Matthew Taylor Blais’ hypnotic Forest Movie is a sensual journey into the woods that reflects on our need for repose and the challenge of facing the unknown.

Mass For Shut-Ins, directed by Winston DeGiobbi, is one of several exciting films to come out of Nova Scotia this year (including features Black Cop, In the Waves, The Crescent and short films There Lived the Colliers and Milk). A compassionate portrait of the underclass reminiscent of Harmony Korine’s best work but with a deeper grasp of reality and the milieu of its characters, with slight hints of the surreal hiding beneath the mundane. 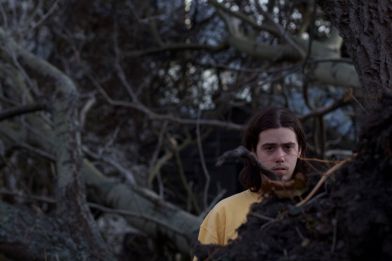 PROTOTYPE is an experimental 3D film that viscerally reimagines the Galveston Hurricane of 1900 in Texas with mind-bending visuals. A brilliantly abstract take on the disaster movie that considers the paths taken and not taken by history, from acclaimed Toronto-based filmmaker Blake Williams.

A moving and thoughtful rumination on time, mortality and the meaning of life, Jacquelyn Mills’ In the Waves is an intimate and poetic portrait of her grandmother Joan, both quiet and profound.

Lastly, Sophie Goyette’s meditative Still Night, Still Light is an astonishingly accomplished debut that follows the existential plight of three characters across three different locations (Québec, Mexico, China), each dealing with losses of the past and concerns about the paths ahead.

Get tickets for any of these films here.