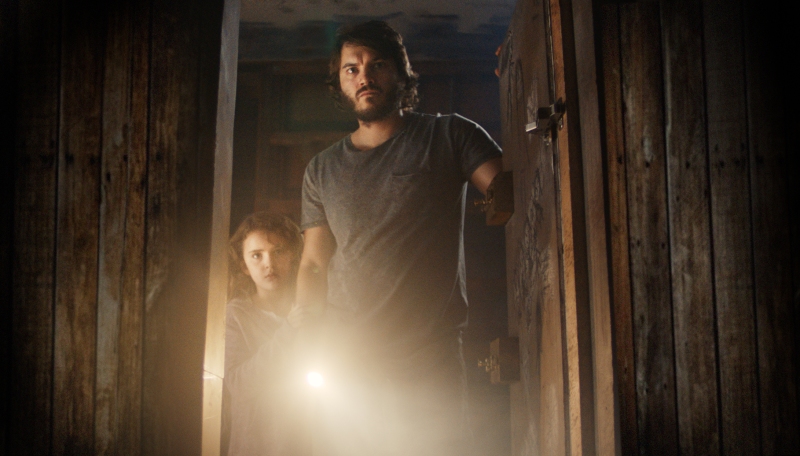 Freaks made its entrance into the festival circuit shrouded in secrecy. Its enigmatic trailer and sparse premise generated copious amounts of curiosity, which quickly turned into serious buzz.

Written, directed and produced by the team of Zach Lipovsky and Adam B. Stein, the film garnered a six-figure sale to American distributor Well Go USA. It also earned enthusiastic reviews that encouraged prospective viewers to avoid learning too much about the film’s story, all the more to enjoy the experience of unraveling its mysteries.

Lipovsky is known to local cinema audiences for his award-winning short films including the Crazy 8s film Crazy Late and feature films Dead Rising: Watchtower and Leprechaun: Origins. More recently, Lipovsky and Stein collaborated on the Disney science fiction series Mech-X4 and the upcoming live-action reboot of Kim Possible. Like their newest feature Freaks, all of the aforementioned projects were made here in Vancouver.

We were lucky to get a moment to catch up with Lipovsky during VIFF in advance of his final screening.

Jason Margolis: How would you describe Freaks?

Zach Lipovsky: It’s a film about a little girl who lived in a house her whole life, and her father said she could never go outside because if you do, people will kill you. Just as she starts to think that maybe he isn’t telling the truth, she gets up the courage to leave [only] to discover that he might [actually] be telling the truth.

Margolis: Where did you get the inspiration to make this film?

Lipovsky: A lot of the inspiration came from Adam’s son, who was four years old when we were writing the movie. Seeing him see the world for the first time was really fascinating to us. Things that were totally impossible seemed completely possible to him, and things that were everyday, normal things to us were completely terrifying to him.

We thought it would be very cool to shoot a movie through the perspective of a child, where their perspective is how the audience sees the story. You don’t really know what’s going on because they don’t. When they’re scared, you’re scared and when they’re full of wonder, so are you. We really wanted to explore that within the genre. We did that through the script. We also did it through the technical aspects of only shooting shots from the child’s eyeline and using lots of POVs (point of view shots).

Margolis: This is a film that’s full of surprises, so the less audiences know, the more they will enjoy it. How challenging has it been to keep up the mystery?

Lipovsky: The mystery of this film is really pivotal to its success. It’s told through the perspective of a character who doesn’t know what’s happening, and slowly learns what’s happening. So for the best experience, the audience should know as little as possible.

It’s kind of fun to go into a movie where you don’t know what’s going to happen, and the movie itself is very unpredictable. It’s been a challenge, but everyone from the beginning was really on board with keeping the movie a secret.

Margolis: The protagonist Chloe is in every scene of the film. How did you find Lexy Kolker, the child actor who plays her? She holds her own beside Hollywood veterans.

Lipovsky: The entire movie is built around this incredible seven-year-old girl who we searched high and low for, and she gives just an incredible performance. She goes toe-to-toe with Bruce Dern and Emile Hirsch, which is not an easy feat.

We knew we wanted to create a film that was very real, very organic, so we changed the way we auditioned quite a bit. We didn’t have them come in and read some lines and do the scene and walk out. We took off our shoes, we sat on the carpet. We had the kids come in and we improvised moments from their real life. Like what was the last argument you had with your parents? We would just improvise that.

Then we would slowly start working in some of the lines from the actual scenes, but very loosely, just to see which kids could take the emotion from their real life and apply it to slightly different situations. Lexy was one of the very few that was able to do that seamlessly, and then she started coming up with much better stuff than was even in the script, just on the fly. Once we saw that, we knew that we had found her. 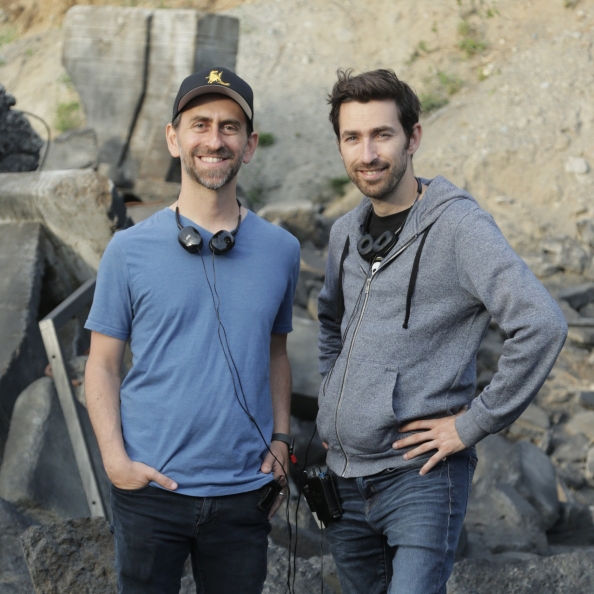 Margolis: What was it like making an ambitious and original science-fiction thriller film in British Columbia?

Lipovsky: It was really fun to just shoot it in Vancouver and show Vancouver as being the city that the movie takes place in. I’ve shot a lot in BC, pretty much everything I’ve ever done, but most of it doesn’t shoot in Vancouver itself. This was fun to shoot right in the heart of the city. We shot at David Lam Park, at a diner on Main Street, and in a house in Shaughnessy. It really has that flavour of being in Vancouver, which was fun for the crew and everyone [else] who lives and works here.

Margolis: You’ve directed on other movies and television shows before, but this is the first feature you’ve also written. How did it feel bringing your own world and characters to life?

Lipovsky: I co-wrote and co-directed it with by best friend Adam and the whole reason we made this film was because we wanted to create something that was in our own voice and was our own story. We’d had so many films that we had been attached to separately as directors that had just fallen through, because we were never really in control of the situation. They were other people’s ideas and other people’s scripts and other people’s projects.

A few years ago, we went for a long walk and said, “You know what? We just need to just come up with a script that we can make no matter what. If it came down to it, we could make it for zero dollars, and you and I could star in it.” We were inspired by this speech that Mark Duplass gave in Austin, where he basically said, “Our first film we had a puffy chair and a van, and we just made a movie about a puffy chair. And then after that movie we had a little bit more stuff and we made a movie about that.”

Margolis: Is there anything you’d like VIFF audiences to know?

Lipovsky: I think very few truly Vancouver films get made by local filmmakers every year. We all know BC is one of the biggest places in the world for shooting, but ninety percent of that is on work for US audiences on stories that are created by Americans. It’s really special to have a film that is designed and built and shot and created all in Vancouver by Vancouverites. That’s worth celebrating.