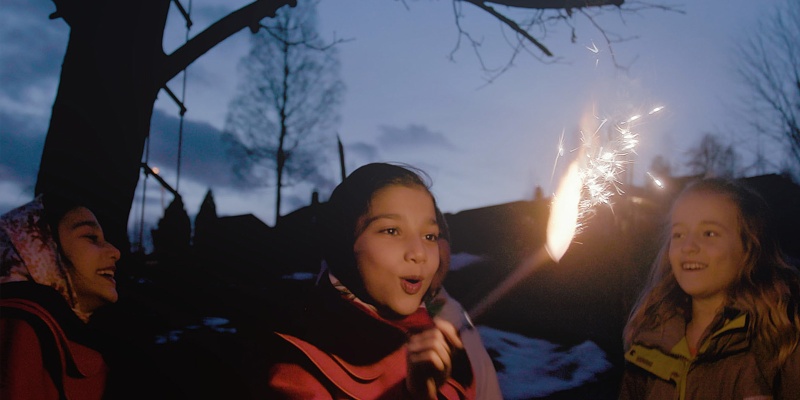 In a world where the simple utterance of the word refugee can illicit such a strong polarizing reaction, it seemed to be the perfect environment for director Debra Kellner to release her documentary, Inside my Heart.

For two and a half years, Kellner accompanied three families of refugees on their journey to start a new life after fleeing their homes in the war-torn countries of Syria and Afghanistan. We were excited to be able to sit down the director to talk about her film.

Zelia Fernandez: How did you first get inspired to make Inside my Heart?

Debra Kellner: I was making a series of short films for the Radcliffe Foundation to raise awareness about people who were escaping Syria and Afghanistan, these portraits were used on the website of the International Rescue Committee to raise awareness and money to help people in the crisis. During that time, I got to know three families who were in this situation, and I ended up following them for two and a half years.

ZF: What was it like creating a relationship with the families so that they were able to comfortably share their personal stories?

DK: Our relationship started in a very natural way, we exchanged some texts, they sent me some pictures, and we began to develop a connection. When you genuinely care about the families and their stories and you have a good team to work with, it is easy to create an environment in which everybody feels comfortable. The refugees have a great necessity to be heard; they need people to listen to what they have gone through. Very often, the best therapy is just to speak about it.

ZF: Being a female filmmaker, did you face any challenges making this movie?

DK: I can’t really say that I faced any challenges after learning everything the refugees were going through, I would feel indecent if I said I faced a challenge after knowing these people had their house bombed. However, being a female filmmaker more than a challenge, [it] was an advantage. Particularly for this film, in which the subject matter were families with Muslim women in them, I [felt like] I was able to get closer [to them] than a male filmmaker could have. Also, my crew was mostly female… perhaps we couldn’t have been able to make this film if the crew had been male.

ZF: Once the movie is over and the credits are rolling, what kinds of conversation would you like the audience to have?

DK: I would like people to be asking how they can help, what they can do because there are so many refugees, so many stories. Something that surprises me a lot about this crisis is how people have a hard time putting themselves on the shoes of the others. I want people to see the humanity of the refugees and find ways to maybe support a family or the education of a young woman. That is the most important to me.