Think back to a time when Toronto wasn’t the only city in Canada with an NBA team. In 1995, the Vancouver Grizzlies burst onto the scene full of promise and excitement, energizing the city and dazzling fans. One of those fans, a tiny 7-year old girl who was instantly mesmerized by the team and its star player: Big Country.

“I remember my brother telling me we were going to have our own basketball team and how pumped we were!” Kat Jayme, the director of Finding Big Country, recalled vividly. “I remember walking into the arena, feeling the crowd buzzing with excitement, hearing the music blaring and the feeling when these huge superstars ran out onto Vancouver’s court. It was just the coolest thing to have the NBA move into our town! It opened a world of dreaming for me.” Many Vancouverites felt the same way.

Now a documentary film-maker, Jayme’s passion for basketball sparked by the Grizzlies continues. While the team had a rough go during its six-year existence in Vancouver, subjected to harsh criticism by fans, media and industry insiders, Kat stuck by her team and its franchise player. Even when they were the worst in the league. (Are you listening Canucks’ fans?!)

“It’s easy when you’re winning,” she says. “But what do you learn and how do you handle it when you’re not?” Who wouldn’t want to ask that of their childhood hero? And so the quest to find Big Country began.

His career had ended abruptly and appeared to be filled with more disappointments than successes.
But then what? Big Country had effectively disappeared. This question kept Kat awake at night and compelled her to find out.

“I knew I was the one who had to make this film. The idea was there even before my time in UBC’s film and theatre program, but once I’d done the research, the key to getting it made was lots of cold calling for interviews and the funding from STORYHIVE. Big shout out to STORYHIVE!”

Something you might not know about Kat? She has an incredible collection of Grizzlies gear and rare memorabilia and New Yorkers love her. “Every time I’m in New York wearing my usual Grizzlies attire, people come up and high-five me and want to talk about the team. I feel the love, for sure!”

So is Finding Big Country an existentialist tale in the vein of Waiting for Gadot or does Kat’s journey culminate in a successful hunt? Does Big Country even exist? You’ll have to see the film to find out. Whether you remember the Grizzlies or not, don’t miss this heartfelt, passionate and engaging film. It will take you on a journey that invites you to ask yourself what inspires you, fuels your passions, keeps you going during dark days, and ultimately, what keeps your childhood dreams alive? 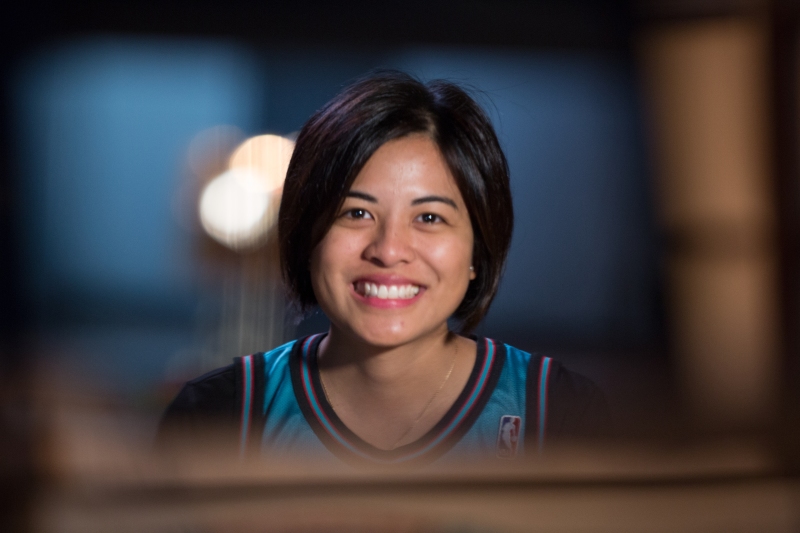