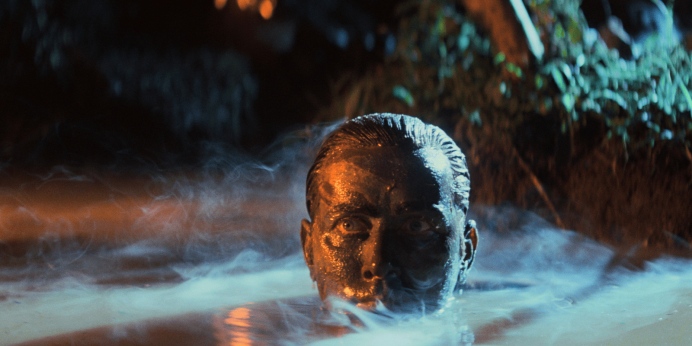 “I love the smell of classic 1970s movies in the morning….”- Col. Bill Kilgore from Apocalypse Now…well, actually I’ve taken the liberty to paraphrase a bit from that film’s most quoted scene by the surfing-loving, tough-as-nails American military leader played by Robert Duvall.

With the 40 year anniversary release of iconic filmmaker Francis Coppola’s latest version of his psychedelic gonzo Vietnam war movie Apocalypse Now Final Cut (following his previous restored Redux version a few years back…I’m hoping for “Apocalypse Now: Electric Boogaloo” next…), Coppola has added 29 minutes to what is already in my humble opinion the greatest movie ever made, and/or shorn 20 minutes from the Redux, as you prefer. 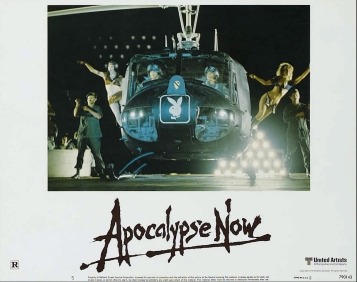 Coming at the tail end of the great 1970s run of big budget Hollywood auteur films, Apocalypse Now has the distinctly harrowing and exciting feel of a master filmmaker emptying his whole artistic arsenal up on the screen for one last passionate, insanely-driven work of art — even if it kills him.

Well, luckily for us (and him…), it didn’t. And now we have the gift that keeps on giving: a furious fever dream of one man’s (Captain Willard) journey through the literal and figurative jungle of his heart of darkness to confront his own morality as he follows his mission to track down and “exterminate with extreme prejudice” the decorated American officer Colonel Kurtz (Marlon Brando), currently “gone native” inside the Cambodian border. 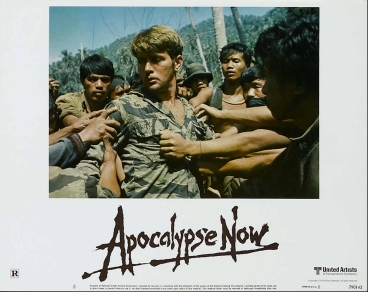 This film had such a powerful effect on me… I can remember seeing it when it came out in late ’79 when I was sixteen and had to secure the fake ID of my older brother Cam just to gain entrance into the theatre, prompting more than a few suspicious looks at my barely-fuzz chinned youthful countenance by the notoriously hard-assed box office lady barring the entryway to the old Metropolitan Theatre of my youth.

Now that I think of it, all this ‘70s-era moviegoing reminds me of my Saturdays spent hanging out at the local cinemas of my childhood (none of which are still around; transformed into all important corporate offices and much needed parking spaces) when, at the tender age of 9, my parents would give me a cursory oral exam on downtown bus routes, shove a dollar in my hand (50 cents for the movie, 20 cents for said bus, 30 cents for concession snacks) and bid me adieu to enjoy my movie day all by my lonesome (this was before the advent of marauding serial killers apparently).

It was while hanging out at these vintage theatres (sometimes staying through 3 screenings and stumbling out into the darkness afterwards), that I came about my passion for original movie memorabilia. For those too young to remember, cinema foyer walls back then were festooned with sets of lobby cards: colorful stills  that advertised the current film or, even better, got you all excited for whatever thrilling movie was soon to come (“Raquel Welch as the Kansas City Bomber!”).

Today my movie memorabilia collection includes posters and lobby cards from Taxi Driver, Midnight Cowboy, The Conversation, One Flew Over the Cuckoo’s Nest, and, of course, my most prized possessions: anything to do with the aforementioned Apocalypse Now (including posters, press kits, and the original 70mm film programs from its NYC and LA premieres). 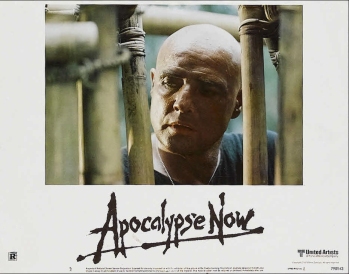 So when you’re in the lobby of Vancity Theatre prior to the celebrated upcoming screenings of Apocalypse Now Final Cut, check out and, by all means, take a selfie with my set of lobby cards on proud display as, for a few precious evenings, movie lovers across Vancouver can be transported back to the days of the 1970s movie going experience.

Who says you can’t go home again? Mind you, the 50-cent admission cost may have gone up a little since then…