Each year VIFF brings you the best cinema from around the world. From the USA to the UK, from India to Brazil, here are a few of the international films from this years selection. To get the full selection of films, please pick up your FREE VIFF guide. To order tickets click here: http://bit.ly/VIFFTix

Director (and VFS alum) Marcelo Tobar has crafted an intimate family tale haunted by ghosts. Those spirits, which we occasionally see as apparitions of the mind, are the parents of Cristina (Sophie Alexander-Katz) and Mauricio (Arturo Barba). The story begins with Cristina’s arrival at the family home after years abroad. She finds leaves in the swimming pool, mementos packed away in boxes and her brother, a recovering alcoholic and ex-con, living quietly. He’s learned to live with the shared tragedy in their past, but just barely, and Cristina seems determined to dig everything back up.

Brazilian director Gabriel Mascaro has been making extraordinary documentaries for a few years now (High-Rise, Defiant Brasilia), but August Winds is his narrative debut—and it’s one of the most significant breakthroughs of the year. Meditations on life and death aren’t exactly few and far between, but you won’t recognize Mascaro’s truly original approach. With a subdued plot, August Winds is a film of quietly unfolding sensual pleasure, punctuated with warm humour, before it subtly reaches its profoundly beautiful final image.

“In this place where time should move slowly and languorously, the wind and sea erode elements of deceptive permanence, and the transitory nature of life catches only the young by surprise.”—Jay Weissberg, Variety 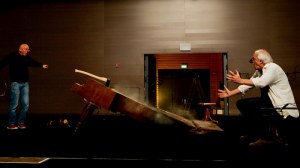 Thirty years after achieving the zenith of his career in grease paint, an acclaimed actor returns from self-imposed exile in Paris for one last show in Prague. At the beginning of their careers, Oskar, Max and Viktor had created a superstar clown trio called The Busters. Until their mysterious break up, their satirical clownery had personified little islands of freedom in the midst of a motionless swamp of resignation. Now their living situations—with fascinating women, children and homes—have diverged profoundly. The eyes of a nation upon them, they attempt to re-stage their greatest performance, stave off old rivalries and ensure that time doesn’t have the last laugh.

Based on a real-life incident that occurred in 1996, Zeresenay Berhane Mehari’s debut drama tackles a little-known tradition practiced in parts of Ethiopia, wherein kidnapping is deemed a valid means of securing a wife. Living in the countryside, 14-year-old Hirut (Tizita Hagere), whose elder sister was a victim of telefa—abduction for marriage—is herself kidnapped by a gang while on her way home from school. Taken to the gang’s leader—her soon-to-be husband—she manages to get hold of a rifle, kills one of the gang members and finds herself facing the death penalty for murder. Enter Addis Ababa-based lawyer Meaza (Meron Getnet, superb), a crusader with the Andinet Women Lawyers Association who specializes in defending women against some of their country’s more archaic laws. She is determined to present Hirut’s actions as legitimate self-defense, but she faces an obstructionist local constabulary and a society hostile to both her client’s case and the issues it brings into focus… 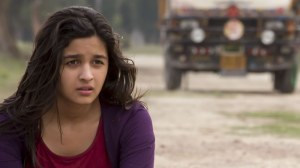 Anchored by composer A.R. Rahman’s (Oscar-winner for Slumdog Millionaire) forceful score, Imtiaz Ali’s captivating drama opens with the evidently rich and soon-to-be wed Veera (Alia Bhatt) convincing her fiancé to take her for a drive as a way of escaping hectic wedding preparations. So far, so Bollywood, but when a stop at a gas station leads to Veera’s abduction by a gang of thieves, director Ali throws us the first of many curves. The gang, after learning that Veera has an ultra-rich and politically connected father, gets cold feet—save for menacing leader Mahabir (Randeep Hooda), who takes Veera and hits the road. What follows is a visually sumptuous character study of two people whose lives and feelings, seemingly as disparate as one could imagine, are not as far apart as they might first seem…

The late Raymond Borremans was a French intellectual and musician, fascinated by Africa and dedicated to its people. His great project, unfinished at the time of his death in 1988, was an African encyclopedia: he got only as far as the letterN. This documentary speaks for him in memoriam: in a text written by writer Ben Okri, we hear narration from Borremans’ point of view (spoken by the great Michael Lonsdale). There’s also a female speaker; her words are rich and suggestive, symbolizing the continent in all its mystery. The two voices form a dialogue—at one moment we hear him suggest, “I found happiness in naming, defining, writing,” and her respond, “But you did not notice the allegories that were all around you.”