Just as cold gusts of wind effortlessly pierced the cracks of my winter apparel and puddles of slush infiltrated my supposedly weather-resistant boots, practically every other piece of Sundance preparation was upended: an extended stint at the border delayed my trip by a day and a half, daily dumps of snow clogged the canyon between Salt Lake City and Sundance’s Park City hub, and a seemingly unmotivated cyberattack against the festival’s Wi-Fi network made it difficult to stay in the loop. (This perhaps proved a blessing in disguise as it temporarily left Sundancers oblivious to the wackadoodle executive orders being issued some 2,000 miles to the east.)

And what could possibly motivate festival-goers to brave these Wi-Fi-less conditions? Why, films like Luca Guadagnino’s Call Me by Your Name, of course. Based on the novel of the same name by André Aciman, the film is a rhapsodic ode to the burgeoning love between two young men “somewhere in Northern Italy” in the summer of 1983. Armie Hammer and newcomer Timothée Chalamet play Ellio, the musically talented son of an archaeology professor, and Oliver, a student working with Ellio’s father. The quixotic Call Me by Your Name is a deluge of character details, lush settings and rich textures, with each one emerging as a complicated expression of love gained and lost; desire fulfilled and denied. Having not seen Guadagnino’s previous two films, I Am Love and A Bigger Splash, Call Me by Your Name’s raw sensuality and virtuosic expression of details left me gobsmacked. A montage of images and gestures remains vivid in my mind: the juice of a searing apricot; Ellio biting a blade of grass before jumping back onto Oliver; flares of light bouncing off of silver surfaces; and the look of understanding that Ellio’s mother offers when she learns her son’s relationship with Oliver.

Equally subtle but far more esoteric is David Lowery’s A Ghost Story, his considerably less commercial follow-up to 2016’s big-budget Pete’s Dragon. Whether working on a Spielberg-esque summer family movie or an homage to Terrence Malick such as Ain’t Them Bodies Saints (which had its Canadian premiere at VIFF 2013), Lowery wears his influences on his sleeve. A Ghost Story is perhaps his most satisfying encapsulation of cinematic reference points. The film’s stream-of-conscious narrative is built around a basic device, the omniscient perspective of a wandering soul after he passes from one life into the next. A nameless man played by Casey Affleck dies in a car wreck, returns as a ghost to observe his grieving wife (Rooney Mara) and also visits other residents of the house as he flits through time. Though it features singular sights such as Mara nearly eating an entire pie in a single take or Affleck as a spectre that resembles a child’s rudimentary Halloween costume (a sheet with two eye holes cut out), Lowery’s latest is an exploration of grief that is deeply indebted to the form of Tarkovsky and, in its latter half, the editing of Malick’ more recent work.

Meticulously inverting the director’s cinematic tendencies, Alex Ross Perry’s Golden Exits also surprises in another regard: leaving me enjoying it more than most of my fellow festival-goers. While I find Perry’s Listen Up Philip and Queen of Earth overly abrasive and calculated, this new film unfolds in a gentler, more charitable register. Stripped of the direct conflict and unabashedly unsympathetic characters that defined his cinema up to this point, Golden Exits explores the darker sides of the human psyche while refraining from heightening its characters undesirable qualities. We follow the lives of two families disrupted by the arrival of Naomi (Emily Browning), who has moved to New York City for an internship with Nick (Adam Horovitz), an archivist who has previously cheated on his wife (Chloë Sevigny). Male longing also rules the home headed by Buddy (Jason Schwartzman), an old family friend who hasn’t aged particularly gracefully. While the connections between the intersecting strands of this narrative are quite free and loose, the thematic ties are strong, focusing on an unhappy ensemble that has to choose between professional commitments and unkempt desire; between those they love and those they believe will finally afford them satisfaction. 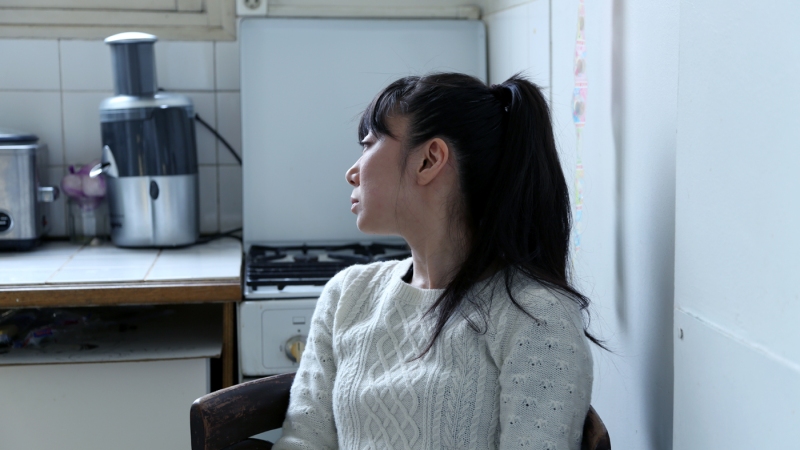 While Alex Ross Perry may have established himself in in cinephile circles, VIFF-goers are advised to keep tabs on Tujiko Noriko and Joji Koyama, whose feature debut, Kuro, premiered at Slamdance, the independently run festival that coincides with Sundance in Park City but focuses on micro-budget filmmaking. Kuro’s narrative experiment is oriented around an ingenious formal idea: two overlapping stories, one told through images and the other through narration. Onscreen, a twentysomething Japanese woman cares for her paraplegic lover in their solitary Paris apartment. All the while, her voiceover recounts a different life in Japan in which she cared for an elderly man and fell in love with the man she now lives with. The film comes alive in the rhymes of the image and the sound; the story we see and the one we’re left to imagine. To be certain, the film is a workout but it’s one that is well worth the cerebral effort. 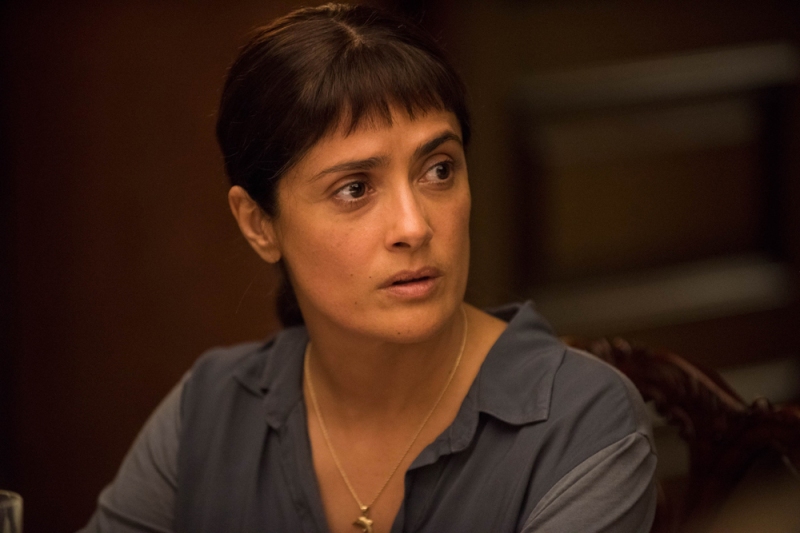 Miguel Arteta (The Good Girl) also caught me off guard with Beatriz at Dinner, a rhythmic and serene comedy of manners starring Salma Hayek as the eponymous holistic healthcare worker. When Beatriz’s car breaks down outside the house of one of her extremely wealthy clients (Connie Britton), she is invited to stay for dinner, which just happens to be a gathering of millionaires to celebrate the approval for construction of a new high-rise. The set-up initially seems like a mere clash in polarized values – Beatriz’s humble lifestyle and her hosts’ decadence; her pluralistic beliefs and their devotion to capital; her environmentalism and their consumerism – but Arteta’s film laudably doesn’t side with or condescend to any of its characters. Beatriz at Dinner provided some necessary levity to a festival that occasionally proved chilling in more ways than one.