We’re proud to welcome Rick Staehling back to Vancity Theatre this month for a new lecture series on Hollywood filmmaking and culture, spanning the 1950s, 60s and 70s in three sessions. A film critic for CBC Radio for over three decades, Rick’s voice on film is familiar and beloved to BC audiences. With an extensive writing portfolio including Rolling Stone, Vancouver Magazine and numerous Time Inc. publications, he’s a certified expert who has been lecturing in various settings over the years. A course on film criticism that Rick taught played a key role when I was in my early days of cinephilia. I left with even more enthusiasm and conviction, graduating from a movie lover to someone who would choose. I attended as a movie lover not yet knowing what I’d be doing for my career, setting out on a path for a life immersed in film.

I spoke with Rick about this upcoming series, his love of movies, and the ever-changing Hollywood industry.

VIFF: Could you talk about what brought you to movies and your background with film?

RICK STAEHLING: My interest in film began with late night television. This is in the 1950-60s—long before, video, DVD and streaming—when local stations, looking for ways to fill the broadcast hours, bought and ran huge packages of films from the American studios. If you watched enough you could get a feel for each studios’ stars and films and preferred genres. Not just the majors either: poverty row studios like Republic and Monogram and PRC. At the University of Michigan, the local film society screened then new European films by Fellini, Antonioni, Bergman and American experimentalists like Ed Emshwiller and Stan Brakhage. When I moved to Los Angeles and started art school it was a return to Hollywood product old and new and a chance to meet the famous and not-so-famous; from Jimmy Stewart and Edward G. Robinson to Harry Thomas who was the make-up man for Cat-Women of the Moon (1953). I worked for an outfit that produced television commercials and industrial films and everyone in front and behind the camera had some colorful story to tell. By then I was hooked. Although not as certain that I loved making movies as much as watching them. 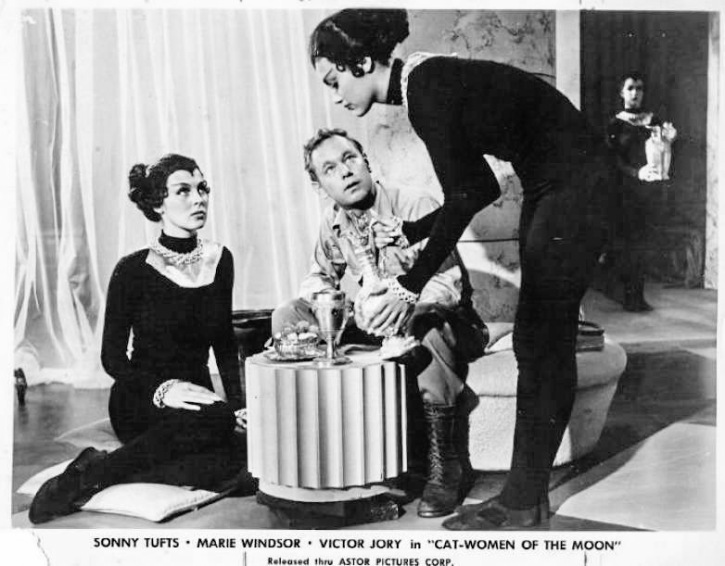 VIFF: I attended a lecture series of yours when I was first starting out my journey as a cinephile and starting to think about movies as more than entertainment. How do you see film: as the “seventh art”, commercial entertainment with transcendent power, or something more complex?

STAEHLING: Film seems flexible to me. It can be personal, challenging and unconcerned with profit or even an audience. It can also be formulaic and little more than an assembly-line product created by a committee. Whatever it is I agree with Henri Langlois of the Cinémathèque Française who always argued that all films should be preserved and we should be very careful judging a films “worth” when it is relatively new. Let history sort that out.

VIFF: What interests you in particular about Hollywood filmmaking?

STAEHLING: I love the mixture of art and commerce and I adore film genres which Hollywood has excelled at—musicals, comedies, crime, romance, westerns—until recently at least.

VIFF: Your lecture series is in three parts that cover Hollywood in the 50s, 60s and 70s—a time of rapid and radical change for the industry, the studio system, the technological advances of the medium, and especially film style. Do you see a particular story arc here? Is it one with a happy ending?

STAEHLING: In the early 50s the American studios lost their market stranglehold—other countries returned to filmmaking after WWII and the results were astonishing. Audience tastes changed at home—established stars fell out of favor. And of course television radically altered movie-going patterns and attendance numbers as the decade wore on. So the industry was in trouble and they responded in some silly but also effective ways. Films from the 1970s are highly regarded and particularly popular these days, but there are dozens of films from the 1950s that are daring, imaginative and immensely entertaining. Ditto the 1960s. So if you are a film fan the wealth of great movies from those 30 years is a very happy ending. 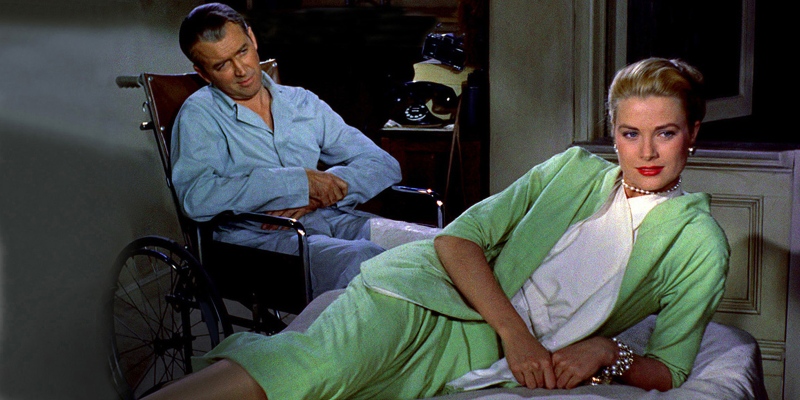 VIFF: Comparing this period of change to our current era, do you find similarities and how would you evaluate the health and vitality of film today?

STAEHLING: There are certainly similarities although the scope and magnitude of the challenges and changes seem considerably larger today. Exhibition has changed. Now we can watch a film in a fancy first-run theatre, on our fancy flat-screen television or on any number of smaller fancy devices. More often than not we now decide when and where too. Production has changed. The switch to digital has made filmmaking cheaper if not any easier. And the films have changed too. Hollywood has abandoned mid-budget films for expensive spectacles that will play well across the world. Adult drama has moved to premium cable. The always evolving independent sector seems to be making movies for a handful of friends rather than a broader demographic. Film festivals thrive on carefully curated foreign product. And Netflix which is now in the movie business—with little to show for it yet—is a real threat to how everything has been done in film up until now. All new and different but not necessarily healthy.

VIFF: Could you name a handful of personal favourite Hollywood movies from the 50s, 60s and 70s?

STAEHLING: I have many famous and forgotten films to recommend in the upcoming three lectures but here are three. They may not be masterpieces but they each reflect their decade and are essential viewing.

Ace in The Hole (1951)
Director: Billy Wilder
Starring: Kirk Douglas, Jan Sterling, Porter Hall, Ray Teal
An unscrupulous newspaperman manipulates the effort to rescue a man trapped in a mine. A blistering indictment of the American lust for fame and fortune.

A New Leaf (1971)
Director: Elaine May
Starring: Walter Matthau, Elaine May, Jack Weston
A bankrupt playboy looks for a rich woman to marry and then murder.
Warm-hearted black comedy with two winning stars and a fascinating production history.

Rick Staehling’s ‘The Bad and the Beautiful: Hollywood in the 50s, 60s & 70s’ lecture series will take place at Vancity Theatre over three Mondays in March.

Week 1: Hollywood in The Fifties: Under Siege | Monday, March 12th, 10.30am
Exhibition gimmicks and great movies confront the rising popularity of television and the evolving tastes of suburban moviegoers.

Each lecture will last approximately 90 mins. Tickets are $25 per lecture or Series 3-pack for $60.

*This interview has been edited and condensed for clarity.