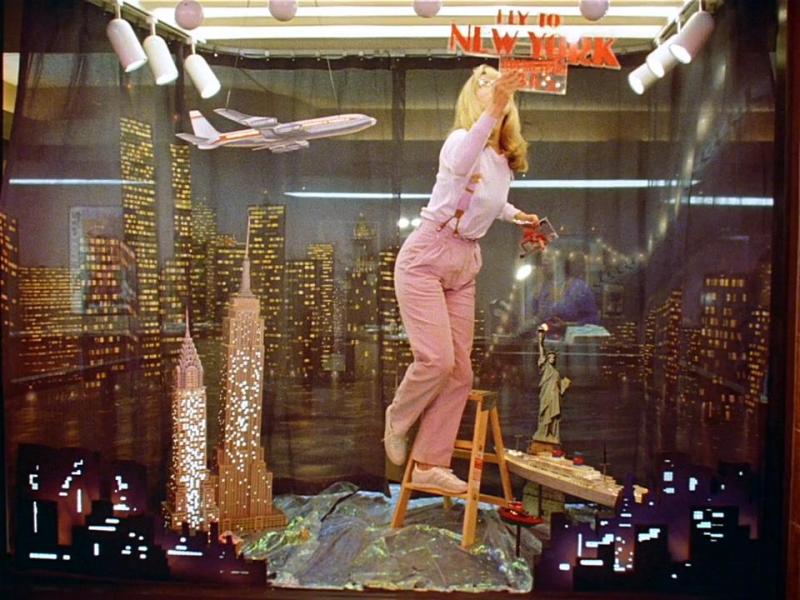 Who could possibly trust a movie like One from the Heart, Francis Ford Coppola’s 1981 ode to classical musicals of old? I ask this question, in part, because it was only two years earlier that the director journeyed to the edge of the abyss with Apocalypse Now (1979), and while peering into the void he saw there, came to respect “the horror…the horror” of it all. Up until this point in his career, with the highs of The Conversation (1974) behind him and the lows of Jack (1996) ahead of him, Coppola would seem a kind of artist engagé, a man in step with the political currents of his time, and a movie like One from the Heart—which seems so apart from the real world it literally opens in a diorama—could thus be interpreted not only as an artistic failure (as indeed it was, eliciting terrible reviews and nearly bankrupting his American Zoetrope production company) but a moral one as well. In a time, to quote Stanley Cavell in Music Discomposed, of “slogans, sponsored messages, ideologies, psychological warfare, where words have lost touch with their sources or objects,” and in a “phonographic culture where music is for dreaming, or for kissing, or for taking a shower, or for having your teeth drilled,” Coppola sought refuge in tradition, his film beckoning to a moment before the Modern, when the forms of Old Hollywood had not yet become “problematic,” or worse yet, irrelevant.

One finds ample evidence of Modernity’s intrusion in One from the Heart. The film begins with a 30-something travel agent dressing a display window and bumping over a model skyscraper with her foot, the entire illusion crashing down along with it. (Every subsequent moment in the film will take up the challenge of putting it back upright.) She is Frannie (Teri Garr), the film’s protagonist, living on the outskirts of the Vegas strip with Hank ( Frederic Forrest), a car mechanic, in their modest fixer-upper. On this fourth of July, which also happens to be their fifth anniversary, the pair will confront their personal differences: as a gift, he empties their respective back accounts and purchases the home they were previously renting while she, detesting her domestic situation, buys two plane tickets to Bora Bora, a world away from this suffocating snowglobe.

Their definitions of happiness being irreconcilable, Frannie and Hank part ways and chase after romantic partners more in line with their ideals. Frannie finds prince charming in Ray, an aspiring musician, while Hank falls under the spell of Leila (Nastassja Kinski), a showgirl. Through these chance encounters, Hank and Frannie temporarily live out their respective dreams: he shags the pinnacle of European exoticism while she travels elsewhere, away from this neon hell, with a man more aligned with her romantic inclinations. Hank and Frannie are certainly no Fred and Ginger, though that clearly doesn’t stop them from wanting what that earlier pair had.

It’s easy to imagine a version of One from the Heart centered on Ray and Leila instead of Frannie and Hank. With his musical acumen and her dancing skills, they may not seem all that different from the movie star couples of yore—though here, crucially, they register as objects of fixation and not really desiring agents themselves (Ray exists so Frannie can dance; Leila dances so Hank can ask her to). But in this alternative vision of One from the Heart, the couple would be a perfect match, equally attractive and talented, placed in opposition to the clear imbalance that exists in the current film: Frank’s burly figure, slack jaw, and saggy stomach are not the stuff of Hollywood glamour and Frannie is not exactly the pinnacle of grace either, as that opening fumble illustrates. 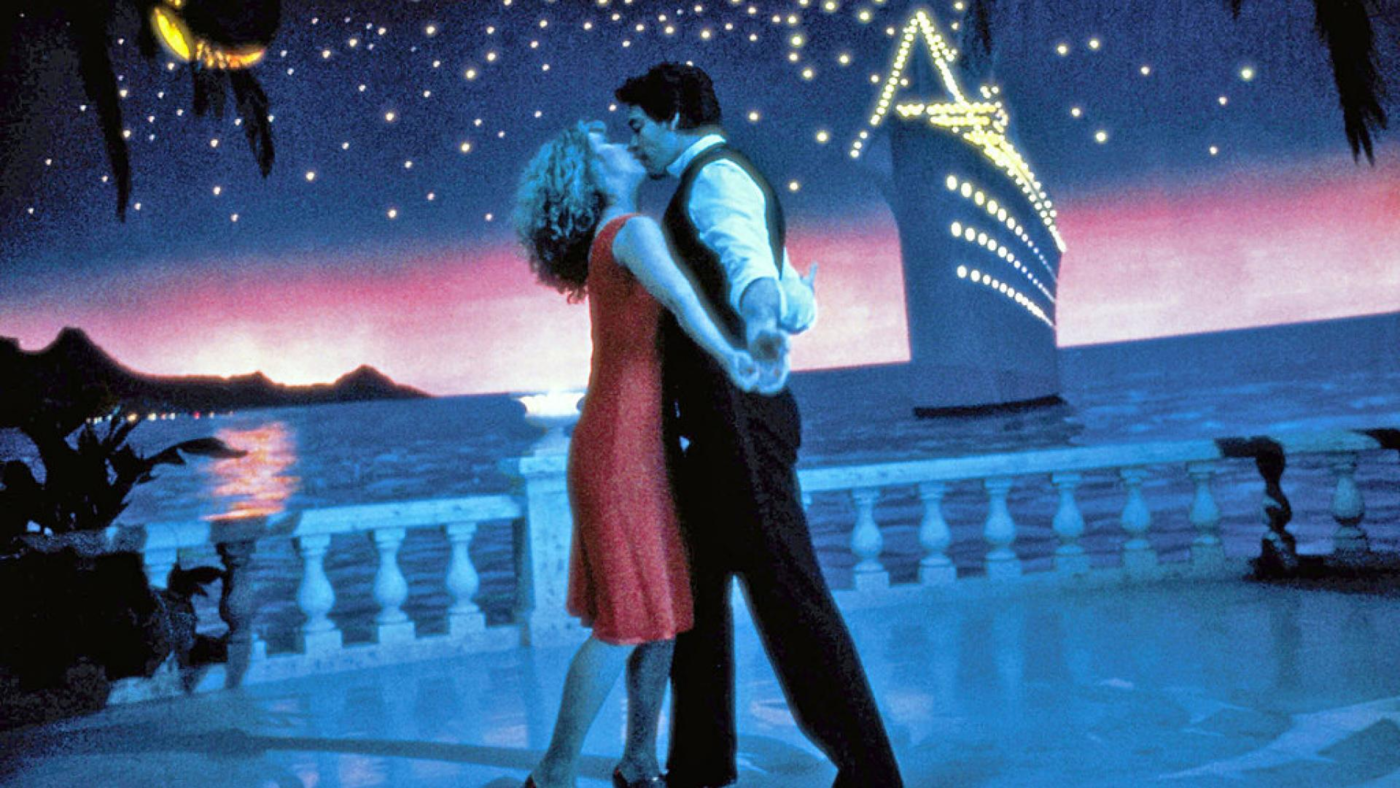 From Coppola’s direction, though, you wouldn’t suspect anything was awry. With its virtuosic camera, eye-popping colours, and extravagant production design, One from the Heart matches the opulence of the Golden Age. And recognizing the suspicious aspects of such excess, Coppola adapts the musical’s template to the demands of his time, casting an everyman and everywoman like Forrest and Garr in a fantastical world foreign to their naturalistic traits (indeed, the pair would not seem out of place as the couple from A Woman Under the Influence) and relegating the musical numbers, which would usually rupture the film’s surface, to the non-diegetic soundtrack, on which Crystal Gayle and Tom Waits sing of dreams worlds away. Whereas the best musicals of Old Hollywood had centers of charisma that could uphold their extravagant technical feats, Coppola’s film goes through the tremendous effort of building this cathedral on a foundation that no reasonable person could expect to hold. And so, the question remains: why would the director erect an edifice he knew would instantly become a ruin? To go through the process of picking it back up, of course.

Compare, now, One from the Heart with another contemporaneous musical: Martin Scorsese’s New York, New York (1977), which was also maligned upon its release and similarly subject to reappraisal later on. In that film, Jimmy Doyle (Robert Deniro), an up-and-coming saxophonist, harasses jazz singer Francine Evans (Liza Minnelli), much in the same way that Gene Kelly’s character in Vincente Minnelli’s An American in Paris (1951) lusts after Lise Bouvier (Leslie Caron). But while director Minnelli appears to excuse Kelly’s actively abusive behaviour, Scorsese allows for no ambiguity: Jimmy is toxic and Francine is better off apart from him. The classical Hollywood fantasy is revealed as corrupt; despite its attractive surface, it is shown to be, at base, depraved. This strikes me as a different disposition than the one that One from the Heart takes towards its ancestry. In Coppola’s film, it is not the tradition that is toxic but the world surrounding it. Under the social and economic conditions pictured in the film (poverty, atomization, boredom), the ideal that Old Hollywood put forward—of endless time, boundless resources, effortless gracefulness—is impossibly distant, but still worth striving towards. It may be that no one could possibly believe a movie like An American in Paris if it came out in 1981 but it is a vision worth protecting nonetheless. This is the credulity, or the beauty, of the idea to which One from the Heart (and cinephilia more generally) attests: that a medium hitherto dominated by so-called lower forms had, over the course of its burgeoning maturity, captured complexities of being previously reserved for the realms of high art, and that future filmmakers should remain committed to actualizing the fantasies put forth by this period, no matter how much modification or qualification is required.

Art-making has always required the modification of tradition, though (to write like Mozart now, for example, is to not write like Mozart at all). But what differentiates art under the Modern condition is the distrust of capital-t Tradition—not just skepticism of one set of conventions, which are always subject to scrutiny and alteration, but conventions as such, communication as such, language as such. In this state of affairs, our choices, says Cavell, “seem to be those of silence, or nihilism (the denial of the value of shared meaning altogether), or statements so personal as to form the possibility of communication without the support of convention—perhaps to become the source of new convention.” 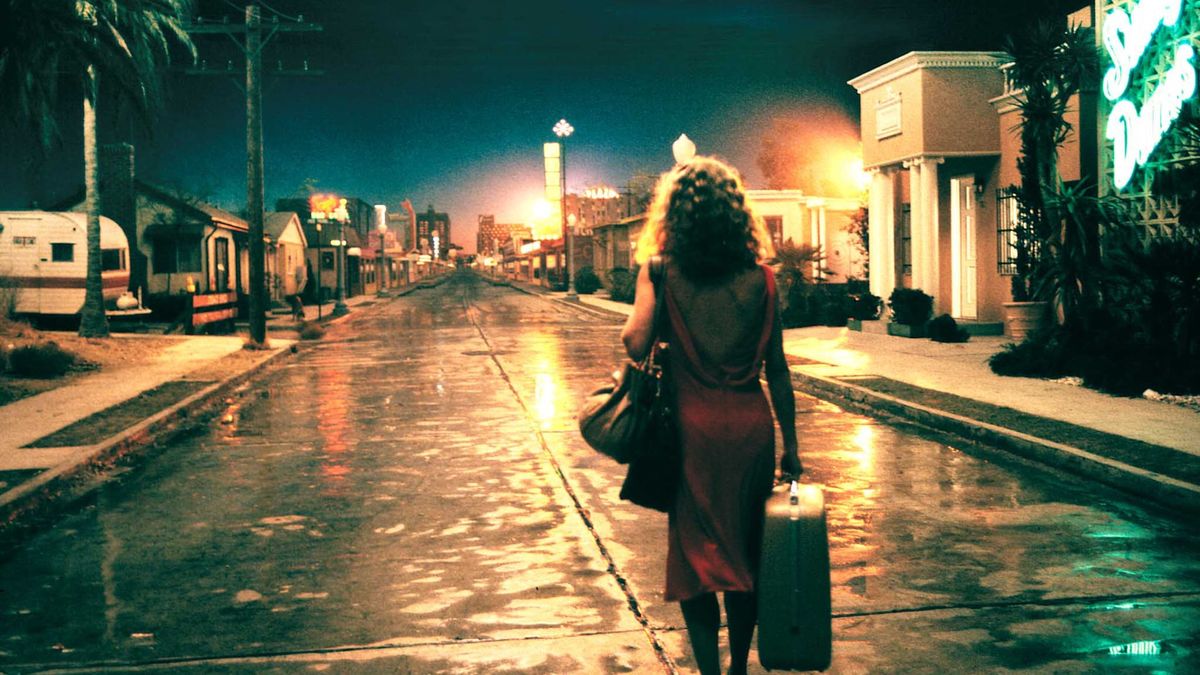 One from the Heart introduces yet another option to the above: it reclaims a language that, willfully or not, had been abandoned altogether. The success or failure of this venture depends on whether or not the work’s modifications (or concessions) indeed revive the language, or if in introducing myriad alterations, the tradition transforms beyond recognition. Put it like this: if the film ends by altering the tradition to such an extent that it destroys the language it seeks to reclaim (i.e. if it ceases to offer any of the pleasures one would expect of a musical), then it fails; on the contrary, if, in adapting its conventions to a new period, it rescues the genre from the threat of skepticism, revealing complexities that were already present in its antecedents, then it has, in a spirit true to its predecessors, captured knowledge so rarely preserved. (A test: does the banality of the couple negate the film’s formal extravagance, or is their eventual reunion a monumental event worthy of this bombast?)

Nearly four decades after the film’s original release, One from the Heart continues to stand for many as the breaking point in the director’s career, dividing triumphs like The Godfather (1972) from follies like The Godfather Part 3 (1990). That it marks a decisive shift in Coppola’s filmmaking seems, to me, inarguable. The films he made after this 1981 flop, while produced with an undeniable sensuality, scarcely resemble the au courant likes of his 1970s works, whose melodramatic forms were always filtered through a modern—one might even be tempted to say, Modernist—perspective. While The Godfather, The Conversation, and Apocalypse Now envisioned alternatives to their classical influences, at a time when those influences would seem increasingly suspect, many of Coppola’s post-One from the Heart films—all of the best ones to my mind—take up the challenge of reinstituting the Classical (whatever that means, and it means something different to each of these films). Youth Without Youth (2007) opens with a title card reminiscent of 1940s Hollywood and proceeds to refashion a melodrama after its own antiseptic, digital stylings; Dracula (1992) borrows from silent cinema pioneers like Sjostrom and Murnau (at least, the Murnau of Faust) as it reimagines the mega-budget blockbuster as a baroque epic; and Peggy Sue Got Married (1986), arguably the movie where Coppola must fully spells out his relation to Modernism, has its title character, a prom queen 25 years on, travel back in time to her graduate year, and attempt to readopt the language, fashion, and style of her prior self with an awareness of what she, and the world around her, would eventually become. All of the conflicts inherent in Coppola’s aesthetic project come to bear when Peggy attends class as her former self, bellowing a patriotic tune at the command of the teacher while the other students mumble in exasperation. As someone who has since lived through the Vietnam War, Watergate and other irreversible instances of political unmasking, Peggy feels comfortable in this earlier time where she can sing these words at the top of her lungs without recourse. The nostalgia that she feels in this moment for the aesthetic of a prior time becomes indistinguishable from nostalgia for that time’s retrograde beliefs.

In a world where these films might be entirely misunderstood, it seems necessary, fundamental even, to ask if they can possibly mean what they say (i.e. is there a context through which they can be understood, or is Coppola writing to the illiterate, as it were?). In the early 1970s, lamenting the state of contemporary comedy, Billy Wilder put the question like this: “What good is it being a marvelous composer of polkas if nobody dances the polka any more?” Some two generations after the birth of cinema’s classical era, at a time when the likes of Murnau and Ford and Minnelli have long since passed, the situation calls for an even stronger formulation than Wilder’s. And the Coppola of late, whose attitude was first suggested by One from the Heart, seems to provide it. “What good is it being a marvelous composer of polka if nobody knows what a polka even is?”