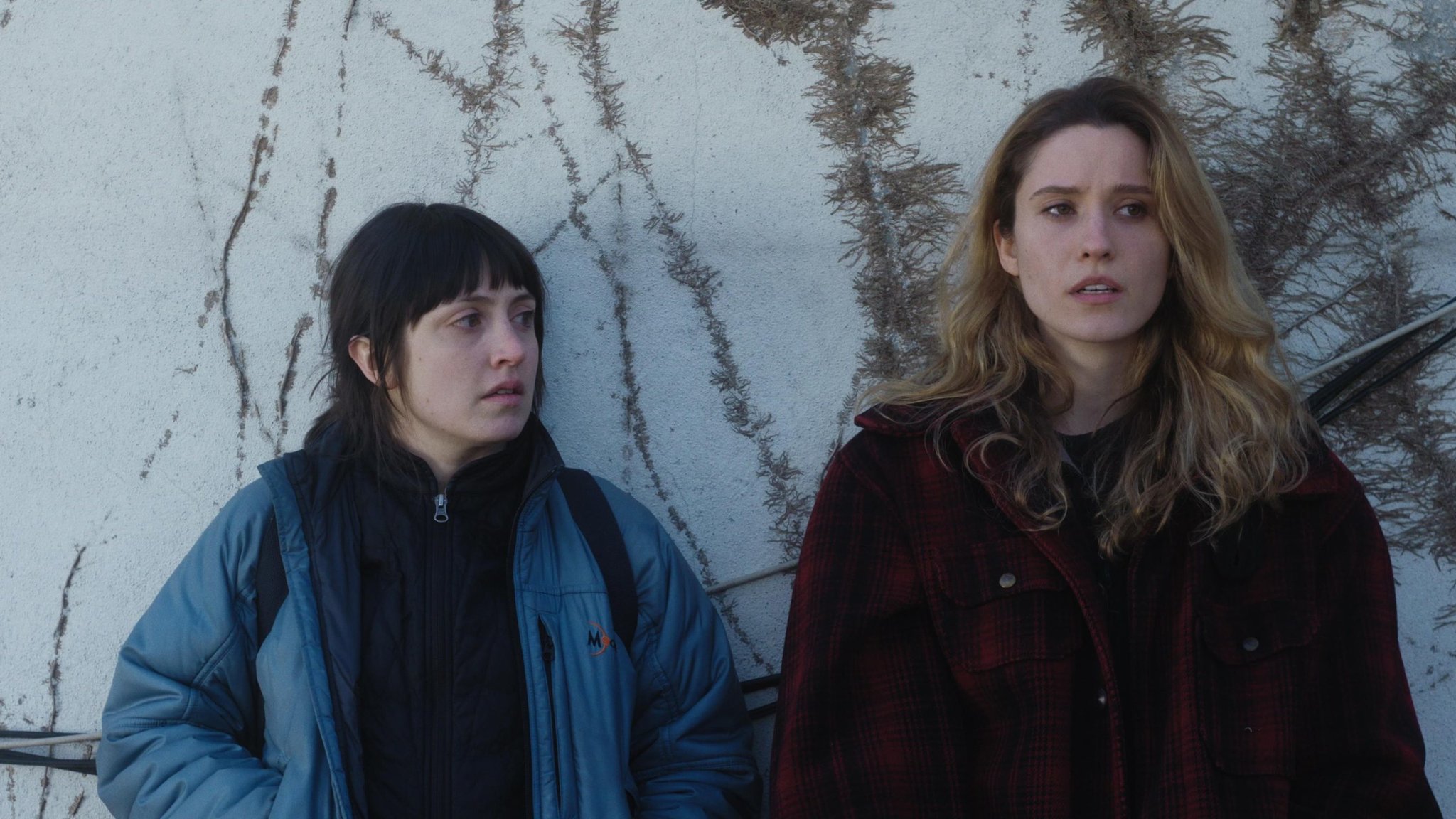 To quote a line from American indie filmmaker Dan Sallitt’s previous film, The Unspeakable Act, Jo is “a very powerful person.” At least to Mara. In Fourteen, Sallitt’s latest, these two characters, childhood friends played by Norma Kuhling and Tallie Medel, respectively, are seen across a transitional decade of their lives, but it’s Mara who’s in every scene, and it’s her contradictory desires that fuel the narrative.

Fourteen is something of a breakthrough for Sallitt. It continues his economical working method of scripting and storyboarding meticulously over years, then filming over stored up vacation periods from his day job. But coming after a series of slow-building chamber dramas, Fourteen is dense with incidents and supporting characters, locations and timeframes. Entire years are encapsulated in short scenes; career shifts and new partners appear without warning; and for the first time in a filmography largely comprised of static images, the camera keeps pace with the characters, in pans and steadicam shots that convey the restlessness of scheduled-to-the-minute life.

Which isn’t to say there’s anything slick about its presentation. Though you could call it a story of two women, close friends, who happen to be growing apart, Fourteen, like all of Sallitt’s films, is deliberately out of step with more marketable American fare. Friendships between women, when shown at all, are typically confined to schools, to workplaces, to criminal or financial partnerships, to feminist solidarity. And should they ever dissolve, their end always suggests an epiphany, rupture, or other form of personal growth. As the advertising executive in Julia Reichert’s Growing Up Female puts it, “The thing you have to sell to them is freedom.”

Sallitt’s film is concerned with the cost of buying into this specific kind of liberation. In each of the narrative blocks of the film, bridged by disorienting time-leaps, Mara revises and remakes her life. At the film’s start, Mara is a drained and dissatisfied teacher’s aide (or, as it’s known in BC, education assistant) and Jo an entry-level social worker. Mara takes time to see Jo, but just as often the plans fall through, leaving Mara to privately consider the lopsidedness of their relationship. The two grow apart not because of organic outcomes but through a series of incidents and choices. Ex-roommates by the first scene of the film (the first encounter we see is Mara picking up a manuscript she left for Jo’s feedback early, because she doesn’t trust that Jo will ever get through it), the two have histories so intertwined they could survive anything, it seems; still, Mara doesn’t want it that way. 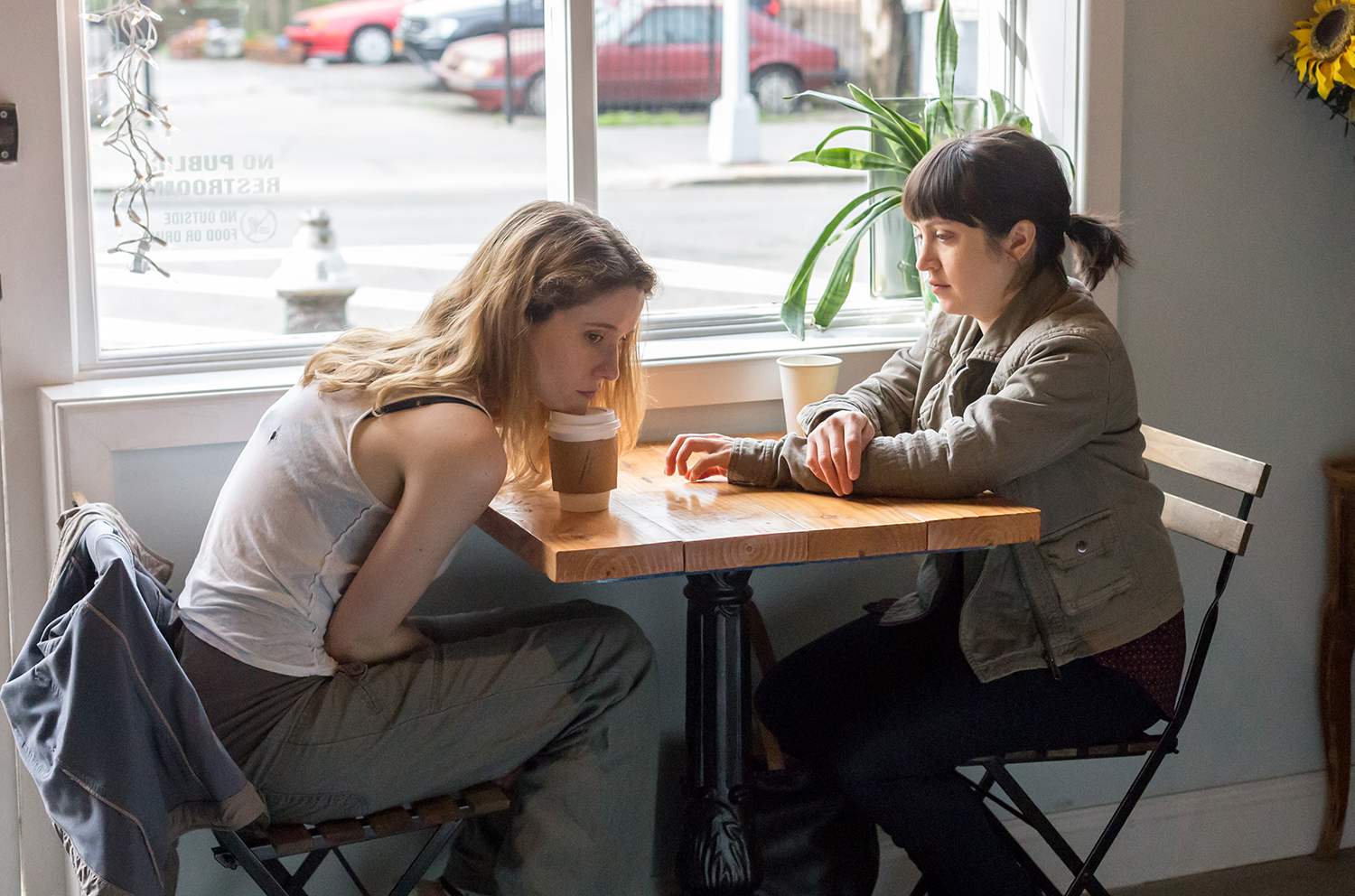 Even if Jo remains a person like no other, against whom everyone gets compared, Mara finds little place for her in a waking life occupied with finance-bro boyfriends and a job which she thinks will one day pay off. Jo, who flaunts rules, self-medicates with mescaline, and risks getting fired from jobs she deems beneath her, doesn’t fit into Mara’s dream of stability and upward mobility. Jo is a figure of awe and contempt and frustration; she’s becoming an obligation; it’d be simpler if she’d just disappear from Mara’s life.

Mara is also backing away from what Jo represents: the seductive noir wreckage of running on impulses. (Here we might consider a particularly pointed image of Jo, lit from within a shadowed corner of her apartment by candles and the tip of her cigarette, downplaying a violent episode with her then-boyfriend.) As a genre, noir tends to be associated with its iconic signifiers (1940s costumes, chiaroscuro lighting, ambivalent body language), but the connection, implausible though it may be, comes through most clearly in how Fourteen’s main duo navigate their material circumstances. These circumstances—having no money, time, or stability—cause the protagonists to walk through narrative trap doors that often lead to tragedy. This trajectory, as Mara can surely relate, always seems inevitable in retrospect.

As sharp and unified in its insights as a pared-down noir, Fourteen skips through and collapses time to show the direct impact of the two women’s choices. Throughout the film, Sallitt refuses to bend his style around a single protagonist’s perspective, most noticeably in a shot that announces a significant narrative turn in the film, as a train arrives at Katonah station, near the Bedford suburbs where Mara and Jo grew up. It runs for just over three minutes, watching the green enclosed walkways of the station’s parking lot exit from a position nearly level with the powerlines running along the street. This short document of workers and visitors returning from the city not only avoids the tired shortcuts one imagines could portray Mara’s passage (the landscape whipping by, a platform receding into the distance, time-bridging fades, etc.), but alienates us from the perspective of plot, allowing the world to rush in.

Sallitt has never worked in non-fiction, but because all of his films are bound to the limitations of their low budgets, reality finds a way in and coexists with his tightly scripted narratives. It’s no coincidence the director, who is a fixture of the New York cinema scene and a part-time critic (he appeared recently on this site discussing the work of Antoine Bourges and Kazik Radwanski), dedicated two of his films to Eric Rohmer and Maurice Pialat, French directors whose documentary backgrounds (in Pialat’s case, this represents more than a quarter of his career) often influenced their flexible attitude toward life: in both of these filmmakers’ works, artifice (compressions and transformations of experience) and reality (use of real locations, improvisatory dialogue, diegetic sound) coincide, creating a palpable tension that could lead the viewer to develop a deep distrust for the fiction. By opening up gaps in Mara’s narrative, Sallitt is thinking through how to, as he once put it, writing on Pialat’s Police, “weaken large structures in order to enhance authenticity on the moment-by-moment level.” Over time, the larger shape of this story is made to feel less important than the elusive moments that get central placement.

In this respect, it seems crucial that this is Mara’s side of the story. We don’t see the milestonesor the time spent at work where we’re told she really excels. Instead, Fourteen is something like the most private story of her life, the one that presents a version of events that is uncomfortable and unresolved. Jo is inextricable from these moments, stolen as they are out of time. As an uncommonly perceptive writer and director, Sallitt focuses on the instances when romantic or spiritual beliefs (or the two intertwined) are disrupted by disillusionment. As opposed to other American movies that might frame this discovery as a kind of rapid maturation or personal breakthrough, Fourteen shows instead how change has a way of maintaining a merciless neutrality. Perhaps Sallitt’s characters simply get a little better at marking how those changes come to pass.

Fourteen is now playing on our virtual cinema.