Wild fish populations in BC have been declining since the late 70s, roughly the same time the open net fish farm industry began to grow fish in marine waters. Focusing on the research of biologist Alexandra Morton, filmmaker Scott Renyard links the crash of many fish species on Canada’s West coast to diseases spread from fish farms in his persuasive new documentary, The Pristine Coast. The film will be screening this month at VIFF 2014 (September 25th to October 10th) along with 12 other BC-produced films. 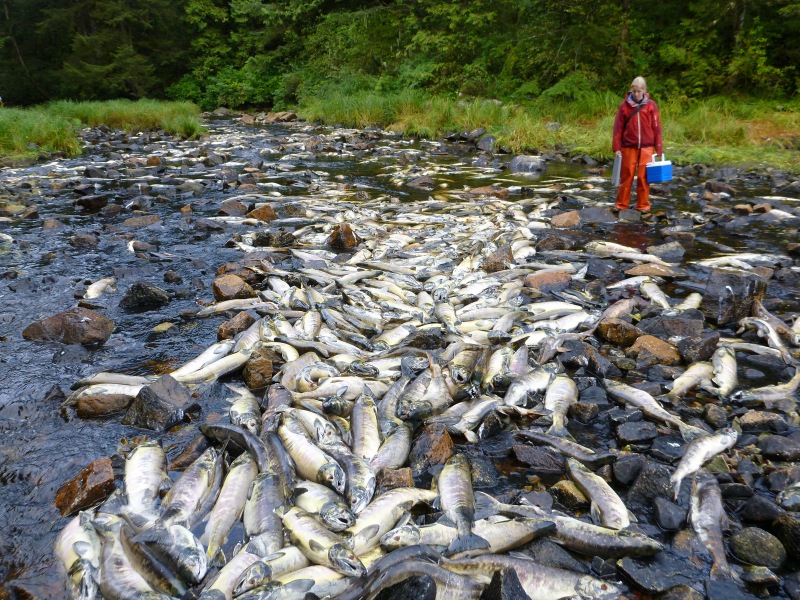 Before the arrival of the film festival, we had an opportunity to chat with Director Renyard about The Pristine Coast, here is what he has to share:

VIFF: What inspired you to make this film?
Renyard: I really got interested in this topic is when I noticed a shift in the salmon populations on the Vedder River near Chilliwack, British Columbia. I used to sport fish on that river and the number of coho and chum salmon diminished a lot over a 5 year period. I then heard about Alexandra Morton’s struggle to bring public attention to the impact fish farms were having on chum and pink salmon populations near her home of Echo Bay, B.C. and I began to wonder if the two things were connected. Well, little did I realize that this was just the tip of the iceberg, so to speak. It’s been quite a journey.

VIFF: What was the biggest challenge you faced while making the film?
Renyard: This film was very challenging on several fronts. It was very difficult crafting the story. I’ve included history, science, protests, and Alexandra’s personal struggle in one film. And finding the narrative that worked was not easy. It was also very challenging finding the visuals that supported the various threads in the story. I have to thank all of the filmmakers and people who shot footage or stills over the last few decades and were willing to share what they had with me. In many cases, those visuals were invaluable. The late Dick Harvey, for instance, shot wonderful footage underwater in a chinook salmon farm. Amazing stuff and some of his shots are in the film.

VIFF: What’s the main message you want people to take away from your film?

Renyard: First, I hope that people take away that fish are not just here for us to eat. They have a very important role in aquatic ecosystems and play a key role in the carbon fixing function of those environments. We need those ecosystems to function properly for our own survival and to curb climate change. Second, I hope people learn that diseases incubating in and around open net pen fish farms are affecting all fish, not just salmonid species. Third, I hope people will see that this problem is not small or isolated. It is a very large problem.

VIFF: Why do you think there is such a resistance on the part of fish farm companies to change from the current way they do business?
Renyard: It appears that fish farms rely heavily on the free food they get from the environment. This is a tremendous subsidy that is essentially provided with very little cost to fish farmers. The trouble is this resource is diminishing from disease die-offs or from over grazing. This is not good for the fish farms and it’s not good for all the businesses that rely on healthy wild fish populations.

VIFF: Who is the filmmaker that inspires you the most?
Renyard: I would say I admire all documentary filmmakers because documentaries are not easy to do. They usually require years to complete and often with very tight budgets and small crews.

VIFF: What advice do you have for aspiring filmmakers in BC?
Renyard: I know this has been said by many before. But the first thing would be to go out and make a short film. And once that one is done, make another one. And don’t stop until you find your voice. It took me a long time to find mine. My regret is I didn’t start making my own films at a younger age. And the second thing is…. there are important stories all around you. You might be surprised, like I have been, at the stories that are right here in B.C. that need to be told. And lastly, have confidence in your voice.

Check out the trailer for the documentary here: